Watch What Happens When These Bodybuilders Try The NFL Combine Fitness Test! 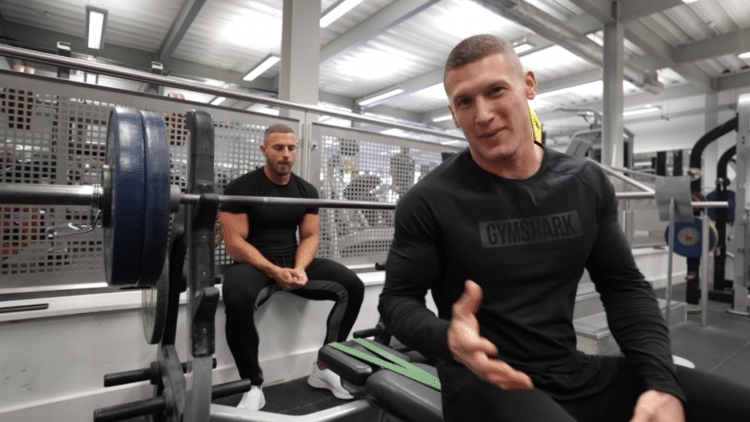 It is no secret that bodybuilders are big, strong athletes. However two such athletes put their fitness to the test; the NFL Combine Fitness Test to be exact.

YouTube bodybuilders MattDoesFitness and Mike Thurston have a pretty successful channel. The two have a combined 1.9 million subscribers who watch cover various subjects on diet and fitness. In addition to that, they like to do some crazy fitness challenges, from training with Navy SEALs and Marines, to doing pole dancing.

This time however, these two bodybuilders will be doing a different kind of challenge. They recently did a video where they give the NFL Combine Fitness Test a try. Moreover, they chose to do so without any sort of practice or preparations. In other words, Matt and Mike are strictly relying on their physical capabilities to do their best on this athletic test.

The NFL Combine Fitness Test is made up of the following:

For the 100kg (225lbb) bench press, it was no secret that both bodybuilders could handle the weight. On the other hand, even with wide grips, neither man did all that outstanding. The average NFL player is able to bench this amount 35-40 times. However, Matt would be able to get 24 reps, while Mike hit just 17.

When it came to 40 yard dash, the results were about what one would expect. With both men being fairly large bodybuilders, they are not the quickest athletes in the world. When going head to head, they were close to even, with Matt completing it in 4.52 seconds, narrowly beating Mike’s time of 4.74 seconds.

Next came the 20 yard shuttle run, which saw the bodybuilders sprint 5 yards forward, followed by 10 yards back, and another 5 yards forward, back to their starting place. Another test which does not favor their size, this was Matt’s first victory, clocking in a time of 4.58 seconds, to Mike’s 4.84 seconds. This is not quite as good as an NFL player, but not bad either.

Then things got tough for the pair of bodybuilders.

Following that was the three cone test, which was the two bodybuilder’s biggest weakness. The activity of moving their feet in between the cones proved to be too difficult. They both had times much lower than that of an NFL hopeful. Mike got back in the win column, with a 7.75 second time, compared to Matt’s 8.18 seconds.

The final challenges that the two bodybuilders competed in was the gauntlet. This involved them running in a line, to catch passes as smoothly as they can, from all different angles. While this event is not time-based usually, they clocked it. Mike finished with a time of 13.34 seconds, just trailing behind Matt’s 13.01 time.

In the end, neither Matt nor Mike had performances willing of pro football players. Nonetheless, the two bodybuilders certainly did not embarrass themselves. They just showed that these two sports require different things.