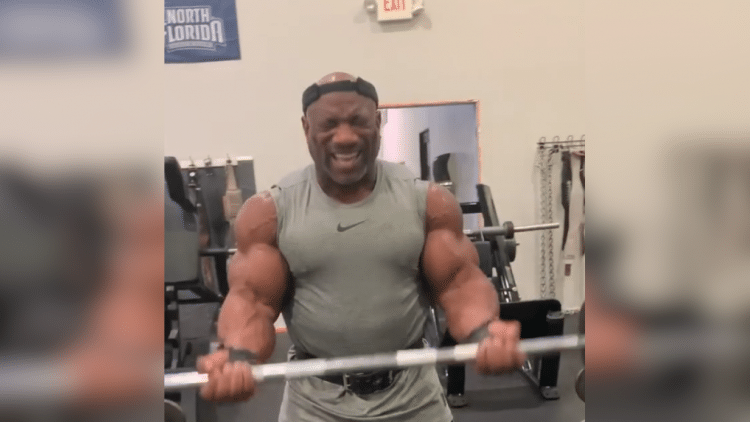 Dexter Jackson defied his age with a recent performance at the 2019 Mr. Olympia. Now he is back in the gym, training hard for a big 2020 season.

Jackson is the winner of the 2008 Mr. Olympia, which automatically makes him one of the most elite bodybuilders of all time. However, when he took the stage at 2019 Mr. Olympia, at almost 50 years old, he further cemented that. On top of that, he managed to accomplish something most people his age can not, scoring fourth place, in spite of his advanced age.

Following the performance on the big stage, Jackson revealed that he was not done competing. In fact, he plans on competing at the 2020 Mr. Olympia, to make an attempt at becoming one of the oldest Olympia winners ever. In his efforts to do so, he is starting his preparations early. He posted a video to his Instagram, showing a workout after taking a brief Thanksgiving break.

“Slowly getting back in the groove.. feeling good and healthy. I’ll start adding weight weekly until I’m back up to speed. Don’t be afraid to take time off guys. Will help you in the long run..”

As Dexter Jackson alludes to, he is starting off with some relatively light barbell curls. Nevertheless, he is still looking incredible, especially for his age. As he gets back into the swing of things, he will be adding more weight, and keep packing on some bulk. Therefore, when 2020 comes around, he will be well prepared for competition.

Although Jackson has expressed interest in competing at the 2020 Mr. Olympia, he has not said where else he may compete. As a former Olympia winner, he does not need another contest to qualify for the Olympia. On the other hand, he still likes to keep a relatively active schedule.

With Dexter Jackson hitting the gym like this, it is safe to assume we will see him soon. Perhaps he will make an appearance in the first quarter of the year.

Watch What Happens When These Bodybuilders Try The NFL Combine Fitness Test!