Avid user of performance enhancers, Bostin Loyd details how his use of a peptide led to kidney failure 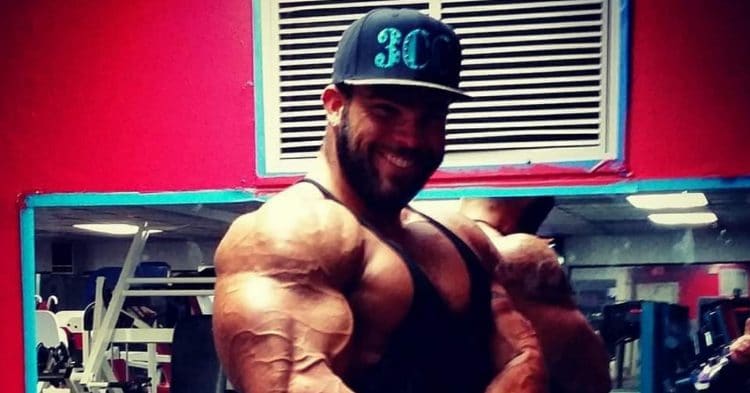 Bodybuilder Bostin Loyd is quite honest about his use of performance enhancing drugs. Despite reaching Stage 5 kidney failure from the over use of a peptide, he says he has no regrets about his decisions.

Steroid use always has been and likely always will be a source of contention among bodybuilding fans and athletes. However while most users keep quiet about their choice to use PEDs, this is not the case for Loyd.

Over the years, the Juice Daddy, as he calls himself, has been quite honest about his use of gear. It has led to him having a mixed reputation in the community, with some respecting his honesty and others condemning his choices.

Unfortunately it seems that the “Bostin Loyd Experiment” has backfired, as late last year, it was revealed that he had suffered Stage 5 kidney failure. Despite this, he seems to not have changed his opinion on his usage.

UPDATE: Bodybuilder Bostin Loyd Passes Away at 29, Heart Attack Believed to Be the Culprit

Posting to Instagram, he opened up about how he is trying to reverse the adverse effects of his kidney failure and adjust his creatinine levels. That being said, he outright declared that he feels no regrets for his decisions to use steroids.

“Ever since I found out I was in Stage 5 Kidney failure in late October my focus and studying has turned into how I can restore my kidney function.

If I’m able to recover from this it will be a miracle and I will go into detail on my treatments such as recovery peptides, Gluthithione, stem cells etc. My interest for the kidneys has increased tremendously.

When I was younger I use to think I was invincible and my only fear in bodybuilding (kidney failure) has became a reality. I did this to myself with a idiotic experiment and it finally all caught up to me.

Do I regret anything? Absolutely not but I will continue to learn from my mistakes and hope to spread the word and benefit people in the long run when it comes to longevity. “

How Did Bostin Loyd Get To This Point?

On the surface that seems like a silly question. After all, the effects of steroid use on your kidneys was well documented long before Bostin Loyd started using gear.

However the specifics as to what went wrong are a little dicier than that. Speaking in a recent interview, he explained that it was a peptide that he used, which had no usage guidelines and was not tested on humans, that led to his kidney failure.

“That peptide that I used, I started seeing some talk about it online. People started mentioning it and it started becoming more popular,” Loyd explained.

“So I wanted to make sure I got this information out pretty quick because I knew that some idiots would do the same thing I did and f–k everything up with that peptide.

“So FTTP, and also it’s called adipotide, it’s really a new thing on the market. There’s no human studies done on it, it’s been researched on monkeys and mice.

“I was using a bottle a day, which was 5mg, because there’s no dosing protocols on this stuff. It was a lot because I talked to some people who used it and they were doing like one fifth of that.”

From there, Bostin Loyd explains that he was experiencing blood in his semen, which was the first sign of him going through kidney failure. He went on to say that the listed side effects were kidney failure in animals, but that those animals were able to recover.

Now he says that since stopping the drug, he has stopped getting sick and started feeling a bit better. That being said, when asked if he learned his lesson, Boston was not very reassuring.

“I will only take peptides that have been studied on humans… As far as me quitting on that, I’m not done with that. I’m still on a cycle now,” Loyd said.

What do you make of this situation from Bostin Loyd and the choices he has made?