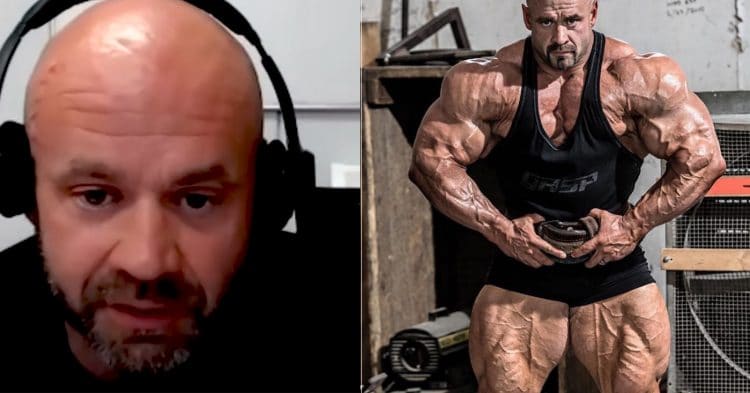 For more than 20 years, Branch Warren overcame the odds and proved all the doubters wrong. Now he is able to look back on his career, and figure out what made him so different than everybody else.

Over the course of his career, Warren spent a lot of time fighting an uphill battle. He was not the most genetically gifted bodybuilder, but was able to push past these disadvantages in order to build a great physique, win some big contests, and beat some worthy adversaries along the way. This led him to a peak in his career from 2009-2011, where he finished in the top three at two consecutive Olympias, and win two back-to-back Arnold Classics. Not to mention the fact that, in the process of doing so, he beat some big names.

Although it has been five years since the last time Branch Warren competed, people still look back fondly on his career and his ability to overcome his genetic limitations. However, as he explained on a recent podcast with Hany Rambod, he did something that other bodybuilders didn’t. Knowing that he was not as gifted as the likes of Phil Heath or Kai Greene, he worked harder than anybody to win his championships.

“I don’t think it would be a hard compliment to say I was the hardest worker in the room,” Warren explained. “I think at the end of the day, that says something about you as a person, a man, and your character. I beat guys that I never should have beaten. I beat Phil Heath, I beat Kai, I beat these guys that are just amazing bodybuilders. I’ll be honest with you, I should never have beaten them. The reason why I beat them? I wanted it more than they did. Bottom line, that’s why I beat them. I beat these guys, Dennis Wolf and people like this. Genetically they were superior.

“I just learned at an early age,” he continued. “I looked back, and I looked at my physique and I assessed myself. Do I have what Kai Greene has? No, I have a totally different physique. I have a different body, but I knew I could put a lot of muscle on my body and I knew that I could get really hard. Bodybuilding is about getting big and hard, right?

“I had good enough genetics, and knew I could put on a ton of muscle and get super hard,” Warren said. “I knew early on, if you outwork everybody eventually you’ll beat them. I learned that as a teenager. These guys I competed against, they had great genetics, some of them. But I trained harder than they did, I dieted harder than they did, I did my cardio harder than they did. Guess what? I beat them. So I learned that early on, that if you’re the hardest worker in the room, and you can outwork all your contemporaries, and you can outwork everyone on stage, they might get you in the beginning but down the road you’ll catch them and pass them, and they’ll never catch you.”

These are some inspiring words from a legend like Branch Warren. He backed this up through his whole career, and proved doubters wrong time and time again, just by working harder than everyone else. This is what defined his career, and it is something that he continues to teach to this day.