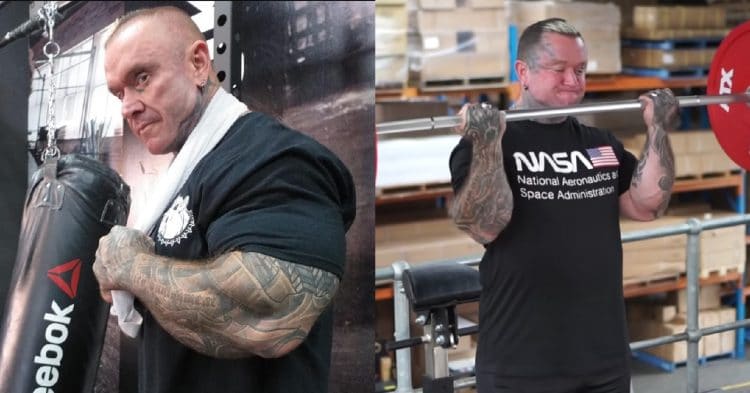 A recent video emerged of bodybuilding legend Lee Priest doing a 212lb strict curl, that got a lot of people’s attention. Now he admits that this video was filmed with him using fake weights.

For many years, Priest has been dealing with some serious injuries that stemmed from a car accident that he was in. That is why it came as a massive surprise when footage was released of him seeming to hit a 212lb strict curl. This seemed too good to be true, given his age and injuries, and how close this was to the world record, yet for all intents and purposes he seemed to have done it with ease. It was something that got the internet buzzing, even a year after the video was filmed.

However it would appear that the doubters of Lee Priest and his ability to do this curl are correct. The 48-year old posted a video to YouTube confirming the comments of the haters, that he did indeed use fake weights. It was something that falls in line with his off the wall sense of humor, and it makes far more sense than him being that inhumanly strong. However he explained that he needed to come clean because insurance companies are giving him grief over paying him for the accident, citing videos like this as reasons that he is making a comeback.

After this, Priest goes on to explain in some pretty good detail about what has been going on with his injury, and the struggles he has had with the insurance company. He says he needs another neck surgery to help with a pinched nerve and allow for more mobility. However insurance companies apparently think that he is faking his struggles just because of his social media updates.

At the end of the day, someone like Lee Priest does not need to worry too much about using fake weights. He has not built a career of lifting heavy weights, he was made famous for bodybuilding, which is unfortunately something he can no longer do. Hopefully he can get the surgery he needs to get back to living a somewhat healthy life.

How To Do The Glute Bridge