Brandon Curry Has Near Miss Gym Accident Ahead Of 2019 Mr. Olympia

Brandon Curry was very thankful he didn't suffer a serious injury in a recent training session. 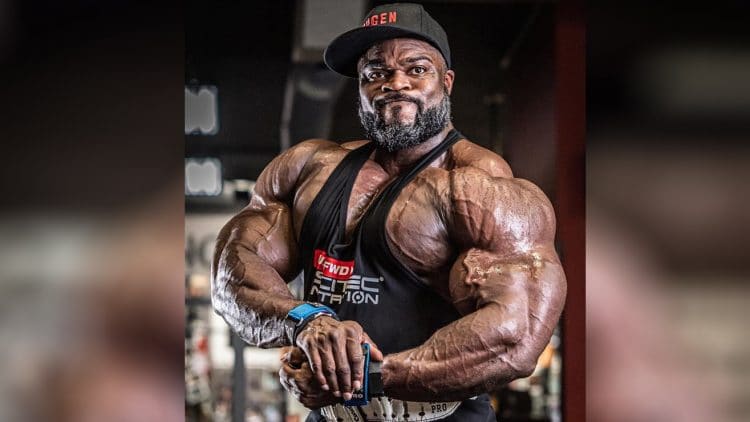 Brandon Curry had a really close call recently after a cable machine fell on him during what appeared to be some overhead cable tricep extensions. Well, he crashed forward into the accessory racks and was quickly attended too by a few other gym-goers.

And thankfully, he only suffered from a small knot on his head and a scraped thumb as he described in the Instagram video he posted afterward which you can watch below.

He said that he was able to finish the workout and is ok which is very good news as he is, after all, one of the strong favorites going into the 2019 Olympia; which is just over a week from now.

“Yesterday I had a scary/ embarrassing moment during training

Yes, just yesterday during my final exercise, I pull a machine over on top of myself. Once the stack got up so high it made the machine too heavy, as I was performing overhead triceps extensions.

Thank God I walked away uninjured just a bump and scrap. Life is uncertain. Things can be going great one second and not so great the other.

God is always in control of it all and what can been seen as bad is often for our good. We can’t allow ourselves to get so focus on life we forget about the life giver.”

Brandon Curry came in fifth at the 2018 Olympia which was his best placing at the show and he also won the 2019 Arnold Classic which was a first for him. And because of his phenomenal progress, he is a front runner for the 2019 Olympia. And thankfully, he escaped with no serious injuries ahead of the Olympia because like Curry said in the video:

“I was protected from something that could have been a lot worse“.

212 competitor Derek Lunsford continues to gather momentum heading into the second half of 2022. In a recent video, Lunsford...

Bodybuilder Brandon Curry recently shared what he eats throughout the day during his Mr. Olympia preparation. Curry is one of...

Open Pro bodybuilder William Bonac shared his thoughts on the second place finish behind Brandon Curry at the 2022 Arnold...

Bodybuilders Lee Priest and King Kamali believe William Bonac should have won the 2022 Arnold Classic and not Brandon Curry....