Mr. Olympia Brandon Curry Returns To The Gym In Order To Prepare For This Year's Contest 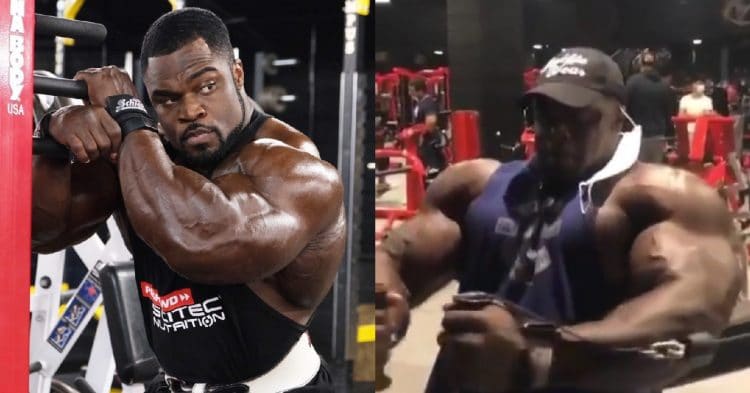 At the 2020 Mr. Olympia, Brandon Curry will be looking to retain his title. As the date for the contest draws closer, he makes his return to the gym, and it does not look like he has missed a beat.

Since winning the 2019 Olympia, there have been some serious critics of Curry for the circumstances with which he won the title. This stemmed from the fact that neither Brandon Curry nor Phil Heath competed, so he did not best the previous two year’s champions to win his title. This has left him fired up to prove himself this year, especially with Heath making his comeback. He hopes to cement his place as the best bodybuilder in the world.

With this year’s contest just over three months away, Brandon Curry has started his prep for the show. Taking to Instagram, he showed his return to the gym, and he is off to a great start. His most recent video saw him crushing arms by doing some seated cable flyes. It served as an instant reminder of how huge his arms are, while showing that he was hard at work.

Curry is looking super jacked here, and he is just at the beginning of his preparations. He is going to have to bring the best package we have ever seen from him this year, if he hopes to win. It will take a perfect physique to stop Phil Heath from making history with his 8th Olympia win. That is why he was so eager to get back in the gym and start pumping iron again.

“I’m back…. @abdullah_fs_alotaibi got me putting in work right off the plane in Kuwait! Straight to @o2_gyms!!!!”

Usually Curry is not the type of person to post a ton of updates to his social media. He tends to prefer keeping his cards close to the vest, so his opponents are surprised by the way he looks come competition time. Therefore it is always a treat when we do get to see how things are coming along for him, while he is hitting the weights in Dubai.

Without a doubt, Brandon Curry has his hands full with the super stacked competition at the 2020 Mr. Olympia. Nevertheless he seems to be focused on the task at hand, keeping his nose to the grindstone. Whether or not this will be good enough is yet to be decided, but he seems intent to leave no stone unturned in his training for the event.