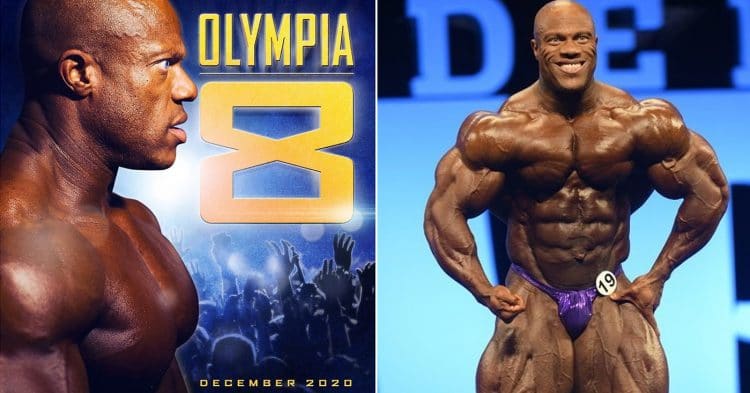 Phil Heath is back for Olympia 2020

Fans were unsure what to believe when Phil Heath said he was not retired, even though he was not competing. Now it seems like he is finally making that long awaited return, at the 2020 Mr. Olympia.

After dropping his Olympia title to Shawn Rhoden, Heath decided to step away from the sport. It was a break that he enjoyed, and that was well-deserved. However fans were constantly wanting to know if he would compete again, which he said time after time was going to happen.

It would seem that this time has finally come. According to a post to his Instagram, Phil Heath will finally be taking to the stage again. He will be doing so, at the upcoming 2020 Mr. Olympia, this December in Las Vegas.

“It’s time to handle some #UnfinishedBusiness. See you at @MrOlympiaLLC this December.”

Obviously this comeback has been two years in the making, and was already being flirted with days earlier. Fans never wanted to see him take 2019 off, and were even hopeful that he might change his mind when it was revealed that Rhoden was not competing. Nevertheless, he stayed steadfast in his decision, choosing to stay on the sidelines.

However now Heath is officially deciding to return to action. If successful in winning this year’s Mr. Olympia, he will have secured his eighth win at the event, which leaves him tied with Lee Haney and Ronnie Coleman for the most wins at the show, ever. That would undoubtedly be a massive achievement, and a nice footnote to an already legendary legacy.

This is obviously gigantic news for fans of Phil Heath. There was already a ton of hype behind this year’s Olympia, even if it will be taking place in a limited capacity. Regardless, the addition of this legend will make the show all the more exciting and intriguing, and could potentially be history in the making.

Helle Trevino: Iris Kyle’s Return At The Ms. Olympia Is Motivating Me To Be My Best (EXCLUSIVE)