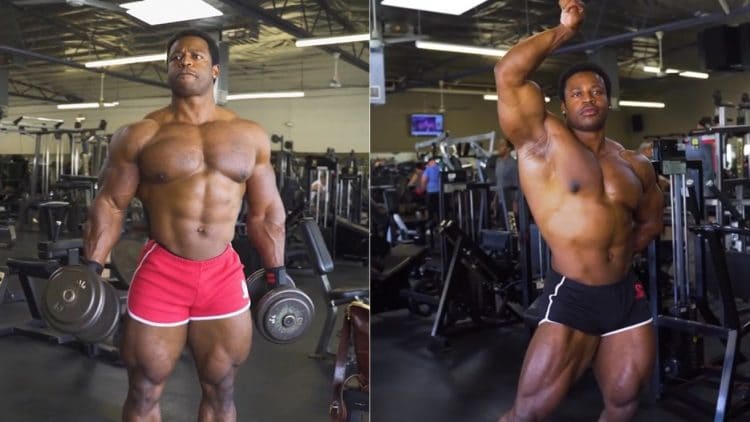 Breon Ansley lost his Classic Physique title in controversial fashion at the 2019 Mr. Olympia. Now he looks to redeem himself, by being in good enough shape to not have any doubt this year.

Ansley is regarded as one of the best Classic Physique competitors in the world today. Therefore it came as a massive shock when he lost at the 2019 Mr. Olympia, to Chris Bumstead. That is not to say that Chris was not a deserving winner, but many felt like the spot should have gone to Breon.

This is a mistake that Ansley is clearly hoping to not make again. Regardless of how you feel about the decision, it was a close contest, which did not sit right with Breon. He has been in the gym working very hard to make the improvements needed to come back better than ever, so that next time there will be no debating.

The evidence of this hard work was put on display when Breon Ansley posted some gym updates to his Instagram. The set of pictures show a man who is hardly recognizable, due to how massive he is now. Every single part of his physique is thicker and beefier than we have ever seen.

Now it is important to note that Ansley is looking this way during the off-season. Therefore there will be some serious dieting and trimming down before he steps on stage again. Nevertheless, it would appear that he is looking to pack on some muscle mass before he competes, and improve the overall size of his physique. It will certainly be fascinating to see how that carries over into competion.

Breon Ansley seems determined and focused to recapture his crown. Although his size here may be a bit intimidating, when he steps on stage again, it seems we will be looking at a new man.