After undergoing a massive weight loss transformation, Brian Shaw checks in with his weight as low as it has ever been, while sharing the changes he made to get there 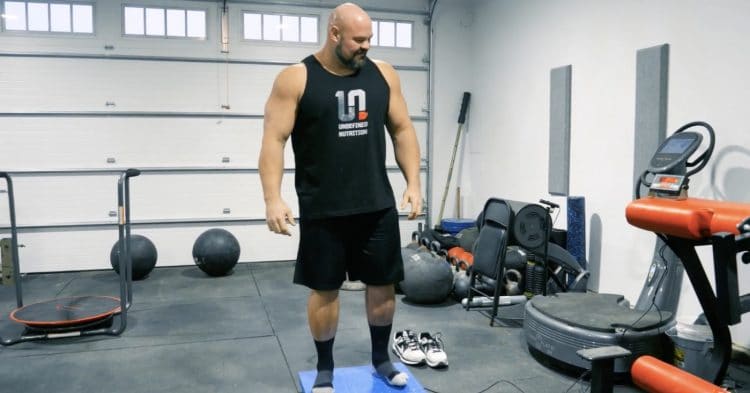 Over the last few years, Brian Shaw has been doing his best to drop some weight. Now he checks in with where his weight currently sits, and it is lower than he has ever weighed since he began his strongman journey.

There is a strong argument to be made that Shaw is one of the best strongman athletes of all time. He has four WSM titles to back that claim up, a feat that is tough to beat.

That level of accomplishment in the sport requires him to pack on a ton of size. As a result, he has had to deal with the health effects and strain of weighing well over 400lb.

In the last couple of years, Brian Shaw has decided to embark on a radical weight loss journey. Along the way, the results have been impressive to watch, as he has regularly shared updates on his progress.

Most recently, he took to his YouTube channel to weigh in for the first time in a while. Not only did he reveal that his weight was at a record low, but he also shared some of the changes he has made to his training to get to that point.

“As part of this little experiment, I’ve had to change up my training a little bit. By changing my training, I mean I’m throwing in more conditioning work, I do a little more circuit workouts, things like that,” Shaw said.

The video began with Brian on a stair stepper, which is part of the conditioning work he has been doing. He also explained that he brought in some kegs and weighted balls to do some high rep work during his circuit work.

Shaw then hit the scale to weigh in at just over 385lb, which he said was his first time weighing in for a while. He explained that he used to feel like the lower his weight was, the weaker he was, so he tried to avoid checking his weight.

After checking his weight, Brian Shaw then moves into the kitchen, to discuss some of the dietary changes he has made. His diet has been the subject of some backlash recently, and he wanted to address this a little more.

“I feel like I’ve been able to maintain a ton of muscle, drop fat, get leaner, and make the changes that I have wanted to make.”

Shaw explains that he eats bison for breakfast, but that is the only time of day he gets that protein. The rest of the time, he either eats chicken or cod, the latter of which was a bit of a change for him.

He cooked some cod, and then weighed out the cooked pieces to sixteen ounces per serving. He adds that to rice cakes and fruit, which is blackberries in this case, to make the meal. He also likes to add a malt vinegar to the cod to add to the flavor.

“Now, it’s been awesome to kind of look back and be able to show you guys the process a little bit, but also the results.”

It is good to see Brian Shaw reach this point where he is feeling healthy and comfortable with his weight, without sacrificing his own self image. He has gotten to the point where he is happy with how he is, without  feeling like he is not strong.

Ethan Suplee had hit a skid in his personal life that saw him balloon up to 530 pounds. Even the...