Here is everything you need to know about America's Fittest Woman Kari Pearce, plus a workout for every day of the week but Saturday. 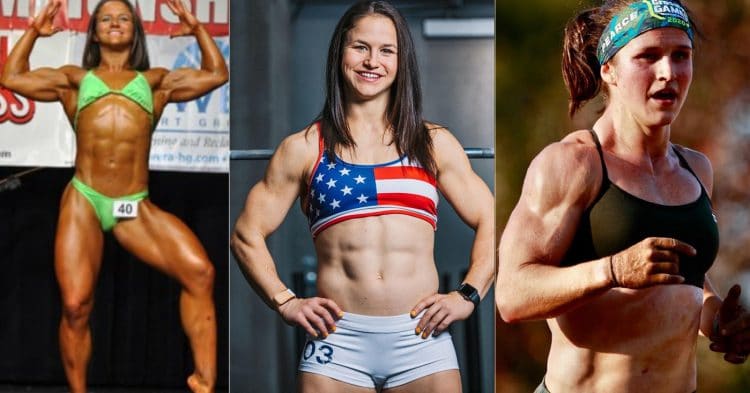 She’s America’s sweetheart in the CrossFit community and put America on the podium at the CrossFit Games last year. That’s Kari Pearce, also known as the four-time Fittest Woman in America.

She has received invitations to the CrossFit Games since 2015 and has received the Fittest American Woman title every year since 2016. Before that though, Kari Pearce underwent incredible life transformations.

The Kari Pearce Before Crossfit

Kari Pearce hails from the Wolverine state, where she is a sister and a daughter before she is America’s Fittest woman. Her transformation into CrossFit was a slow one.

For Kari, fitness is a passion. When she’s not training she is promoting her abs program and brand, and teaching her supporters on Instagram how to have abs like her. Kari’s mindset to win in life personally is one she teaches to her supporters, and it’s obvious that this is not a mindset that just happened overnight.

It was her parents that taught her the love of sport, according to her own words.

“Fitness is my passion. I am lucky both of my parents love working out and I am the same way. Not only do I enjoy pushing myself to the limit, but I also love encouraging others to be the best version of themselves.”

It’s not just a line. She’s America’s Fittest Woman. Kari Pearce is out there showing everybody to be the best version of themselves every day.

She’s a Division 1 athlete, and started her public life in sport as a physique competitor, as other CrossFitters like Sara Sigmundsdottir do.

It all began at the age of 3 when her gymnastics passion began. She did that until she was 21, and held a position on the Varsity Gymnastics team at the University of Michigan. There she helped to take her team to win the Big Ten Championships for every year she was in college. She also became a three-time Academic All Big Ten.

From there, Kari Pearce’s transformating included becaming a physique competitor. In 2017 she posted a throwback photo to her physique days, saying she appreciated how that was part of her training prior to CrossFit. She said it made her realize the importance of nutrition.

This year, she’s likely got her eyes set on four-time Fittest Woman on Earth® Tia-Clair Toomey, like every other woman on the roster. If anyone can do it, Kari Pearce is certainly one of the top athletes in the world that can give Toomey a run for her money.

Today, she is at the top of the world. Literally.

In addition to being America’s Fittest Woman, and the third Fittest Woman on Earth, Kari Pearce has hit the top 10 spots in CrossFit in the last five years. She’s competed around the world, in Dubai, France, Canada, Australia, Switzerland, Florida, Ohio, Minnesota, New York, California, and Wisconsin.

As a Big Ten gymnast and physique competitor, the transition into CrossFit was seamless for Kari Pearce, as seamless as the grueling sport could make it.

But that is Kari Pearce. We’re talking about a transformation that included jumping 106 placements worldwide in two years. She went from a CrossFit Open ranking of 108 in 2015 to second-best in the world in 2017. Because she loves fitness.

She might like to win too. We’ll see what transformation Kari brings to the table this year.

These are her CrossFit accomplishments to date:

Kari Pearce routinely posts workouts. Here is one for every day of the week but Saturday, a recovery day.

Exercise is always more fun with a friend! Let’s start this Sunday off with…

Alternating Lunge Claps With A Friend 👏

💥 This will make you feel the burn in your glutes, quads, hamstrings, abs, and obliques.

Let’s wake our bodies up with some…

💥 Want to make sure you are getting full range of motion? Grab a pillow to keep you accountable!

Side Tuck Up + Side V-Up Ladder!

💥 This will fire up your abs, hip flexors, and obliques. 🔥

💥 If you can’t keep your legs totally straight on the side V-Ups, just keep them as straight as possible.”

Let’s explode into this Wednesday with

💥 Get in 4 sets of 6 reps of each and really try to explode through each rep.

💥 This is one you will feel in your abs, shoulders, chest, and triceps!

Take your planks (and abs!) to the next level with…

💥 This one will have you shaking by the end of your sets as you put the work into your abs, shoulders, triceps, quads, and transversus abdominus (your 6-pack muscles).

💥 If you can’t do your planks from your feet, try from your knees.”

Get ready to have your PowerGlutes on fire🔥 with…

💥 This will set your glutes, quads, and hamstrings fire 🔥 plus work your abs and lower back. Trust me, you will feel this one tomorrow!

💥 If you can’t get as low as me, just go as low as you feel comfortable.”

These Are The Biggest Bodybuilders of All Time