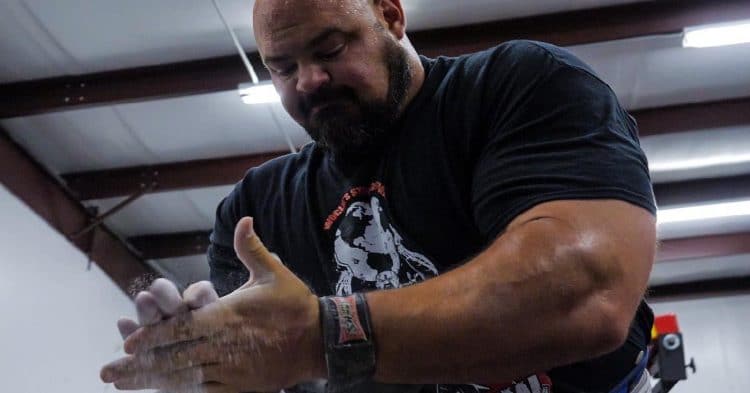 The Shaw Classic strongman competition may not go down for another three months, but athletes will now have plenty of time to get ready. Brian Shaw recently revealed the events for the contest, and the lineup is pretty intense.

There is a ton to like about the inaugural Shaw Classic event. It is a contest being put on and named after 4-time World’s Strongest Man winner Brian Shaw, and it will be taking place at his home gym in Colorado. A few months back he revealed the lineup of athletes who are said to be competing here, and it features some pretty incredible names such as the return of Big Z, Jerry Pritchett, Rob Kearney, Robert Oberst, and many more. Although it does not take place until December 12th, fans are chomping at the bit to see these fan favorite athletes go head to head in this new competition.

Now some more information has come in regarding what to expect from the Shaw Classic. Taking to YouTube, Brian Shaw decided to break some news about his contest. First things first, he revealed who the referees would be, that will oversee the contest.

“We have decided on the referees. I felt like this was a big decision because the referees can dictate and control a contest, and they have to make a lot of important decisions and calls during the contest. So I thought long and hard about this, and I decided to bring in two guys that kind of influenced me in some ways, and helped me out at the beginning of my strongman career. They have both been involved in the sport of strongman, and given back to the sport of strongman in so many ways. These two referees are going to be number one, Van Hatfield, who is a very accomplished strongman…and the other referee is going to be Chad Coy.”

These are some pretty trusted referees picked out, and they are sure to do well. However this is not the only piece of information revealed by Brian Shaw. He also explained that the event will be a two day competition, with the first day being at his home gym and the second being at his mountain gym. Not only that, but he has shared the events that the athletes will be doing.

These are the events for the Shaw Classic:

This competition is shaping up to be one of the most exciting things to happen in strongman this year. 2020 has been a little slow for the sport, but Brian Shaw seems like he is putting his all into making this event as big and exciting as possible.