Jeff Cavaliere of Athlean X and his sidekick Jesse Laico share 7 classic bodybuilding rules that are every bit as important today. 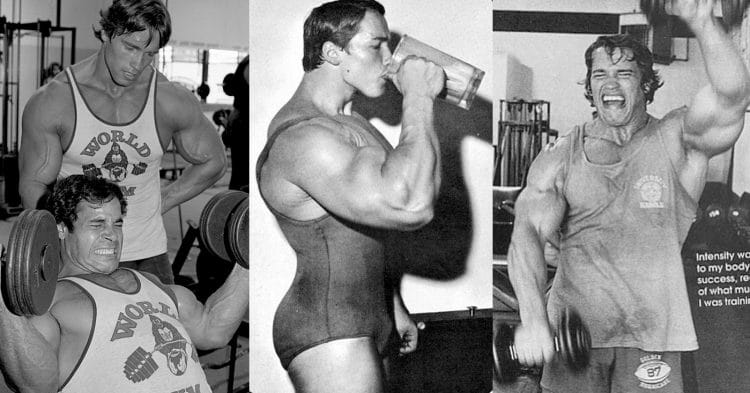 Many of the Old School bodybuilders were well ahead of their time, and we know that because we still use several of the methods that they used back then. Although, we’ve definitely come a long way with the amount of new information on training and diet, which means we can get even better results with less trial and error.

Jeff Cavaliere, C.S.C.S. of the Athlean X YouTube channel is someone who has really pioneered many of the current popular and extremely effective training methods that many of us are using to take our gains to the next level.

He recently posted a video on his channel where he and his assistant Jesse Laico shared 7 bodybuilding tips that are a must if your goal is to pack on slabs of muscle in record time!

We also enjoyed the humor in this one, with Jesse portraying the stereotypical 90s bodybuilder, the 90s workout video music, and his hilarious advice before Jeff has to step in and offer the proper expertise.

Here are the seven key tips…

The first tip is to start your workouts with the multi-joint, compound movements (e.g. bench press, squat, deadlift, etc). These exercises allow you to effectively lift the most amount of weight while simultaneously working several muscle groups as once… efficiency at its finest!

Training to failure means lifting a weight until you cannot anymore with optimal form. The body needs to consistently be challenged in order to adapt to the stimulus and grow.

“Training to failure was, is, and always will be an effective driver of muscle growth“. Cavaliere has always been a big proponent of high-intensity training and he often mentions training to and even through failure. He has always said that you’ll get better results this way as opposed to doing high volume training with less intensity.

“Push yourself until you can’t get another rep in good form and make sure you respect your own recovery.”

It’s going to burn… but remember the gains that are waiting for you at the other end.

It’s well-known that maximizing the tension on a muscle is essential for hypertrophy. Simply going through the motions and only always focusing on moving weights isn’t enough to elicit those desired muscle gains. Although, training heavy is definitely important to force muscle growth.

“Every once in a while, focus on slowing those reps down, squeezing the muscles that you’re training, taking momentum out of the equation.”

Tip #2 was to train to failure. But there are techniques such as drop sets that allow you to continue pumping out reps to maximize the activation of a muscle group.

Cavaliere used the example of doing a set to failure on the bench press. He explained that often times, it’s the front delts that give out before the chest does. Drop sets allow you to lighten the load so that the chest has more opportunity to receive that much-needed growth stimulus.

What many people who train don’t realize is that flexing your muscles can be very beneficial to your overall development. Not because it’ll actually make your muscles bigger, but because it allows you to develop a better mind/muscle connection.

For example, you might do the dumbbell bench press and not really feel the muscles working/contracting during your sets. Sure, this could be due to using too much weight, however, some people just haven’t learned how to effectively engage the target muscle.

Flexing before and during your training is a really effective way to enhance your mind/muscle connection. Cavaliere even suggested a technique that the legendary Bruce Lee used between push-ups, which is to cross your arms in front of you and contract your chest muscles.

“There’s an undeniable truth to the fact that getting your protein requirements is infinitely easier when you have access to a protein supplement or a protein powder,” says Cavaliere. He also mentioned the fact that protein powders taste a lot better these days and not like battery acid, as Jesse said.

Creatine is also another supplement that Cavaliere recommends for gaining muscle. And he’s absolutely right in recommending it because it is one of the most studied and proven supplements for helping to build muscle and strength, improving performance, and more. It’s also very safe to use.

If you remember, tip #1 was to do compound exercises first before you do your single-joint, isolation exercises. But isolation movements are definitely necessarily if you desire to maximize your muscular development (and who doesn’t want that?).

Now, isolation exercises were most commonly utilized by old school bodybuilders to put the finishing touches on their physique to ensure they looked complete on stage. However, as Cavaliere explains, these exercises have taken on a whole new role as accessory lifts to our bigger lifts.

His example was the straight-arm pushdown exercise that not only builds the lat muscles and increases straight-arm scapular strength, but it improves deadlift performance. The upper posterior (backside of the body) muscles are incredibly important in performing the deadlift, and you must dedicate enough time to developing them if you want to lift heavy weights safely and effectively.

Related: 3 Reasons Your Back Hurts After Performing Deadlifts

That’s it for the old school tips and now, it’s time to apply them to your training for big gains!

Joseph Baena has obviously inherited some stuff from his father, Arnold Schwarzenegger, one of which is his love for bodybuilding....

When it comes to splitting up a workout, there are a number of ways to get the job done, but...

The classics are classics for a reason – they’re something special. It doesn’t matter if we’re talking about movies, music,...