Brian Shaw wasn't pleased by this year's competition and he wasn't afraid to speak up! 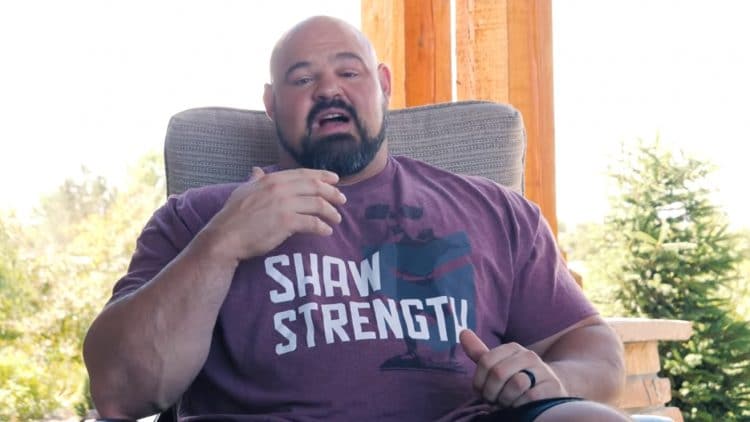 So, nearly a week after Martins Licis got the victory at the 2019 World’s Strongest Man final, 4x WSM champion Brian Shaw expressed his displeasure for how the contest was organized. He also gave some information about what’s in the timeline for him.

Now, this year wasn’t great for the American Strongman athlete as he placed sixth (Lowest placing for him in WSM competition), which was a disappointment for him and fans after a third-place finish last year.

Shaw explained that he didn’t have much information about the events going into the competition. He said a lot of things changed like the weights and events.

Shaw was disappointed that there was little organization for the competition but all athletes had to suffer through so much uncertainty. And this is frustrating seeing as a contest this big requires a lot of preparation.

Shaw talked about the order being changed up in the finals for the athletes as they approached the overhead medley which he called “crazy”.

But he wasn’t going to get too deep into the details as the competition is over with but he referred to the changes as “unacceptable”, especially with such a prestigious event. Now, concerning his own performance, Shaw explained that he felt good during the qualifiers, but then ran into a few issues in the final.

His biggest disappointment was when his grip slipped on the car deadlift hold and he said he should have won that event or at least have placed very high. But, at the end of the day, Brian Shaw said he just didn’t perform as he could have and that’s what happened.

He also explained that he could have trained better for the race events where speed was imperative. Shaw admitted to not being as suited toward endurance sports but rather, he’s trained mostly for pure strength.

Shaw talked about being a part of the new History channel series “The Strongest Man in History” which didn’t allow him to train as normal since he was on the road. And he said it wouldn’t be easy for him to maintain his normal schedule on the road regarding preparation.

Shaw talked about having a balance between everything…

But Brian Shaw still wants to come back better as he explained: “my future plans are to work on getting ready for my next contest.” To wrap up, Shaw said that he wants to drop a little weight to be more athletic but he plans to share his journey with everyone.

After four years of hard work in order to once again secure his place in the most prestigious Strongman competition,...

Tom Stoltman is a professional Strongman athlete from Scotland. He won the prestigious World's Strongest Man (WSM) and Britain’s Strongest Man (BSM) title in 2021, is...

The 4x World's Strongest Man, Brian Shaw, is on a mission to train with world-class strongmen and strongwomen athletes at...