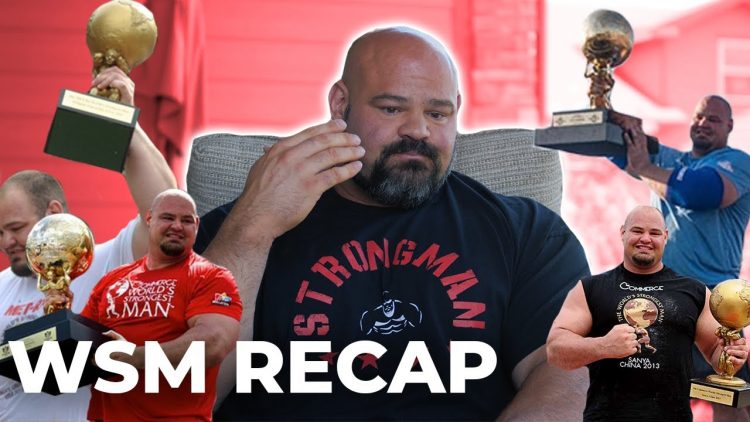 When it comes to Strongman, there are maybe a handful of guys that could match Brian Shaw’s resume.  He has been crowned World’s Strongest Man four times over, competed in the World’s Strongest Man finals 13 times, competed in the Arnold Classic 9 years in a row, and ranked top 5 more times than I could count. In his “worst” competition year (2019) since he started competing, he still saw the bottom half of a top 10 only once.  So, yeah when it comes to Strongman-Brian Shaw is at the top of the food chain.

Now I write all this because Brian himself is very self-critical in his look back at this year’s WSM performance and many people( myself included) have been dismissing him as being old and past his time. However, it really needs to be said that despite competing against younger, faster, and ever-improving Strongmen, Brian Shaw almost never sees the bottom half of a top 5 ranking when he competes. With all that said, let’s see how Brian saw his performance.

Brian says that for this WSM prep he went all in. He hired a digestion specialist(for the purposes of processing more food efficiently), a nutritionist and for the first time ever- he worked with someone to help him program his Strongman training.

For this WSM cycle, Brian Shaw also came in a lot leaner than he usually does in WSM comps, and if all that wasn’t enough- he even hired a mental coach.  So, from that perspective, he was locked and loaded for whatever the other WSM or the other guys competing had in store for him.

Brian’s won his WSM group without any real problems( Brian’s great prep and injury pullouts contribute to this)and didn’t need to waste energy and strength on the final group event (pick-axe hold) or qualify for the finals in an elimination round.

The “problems” came when the finals arrived, specifically in Titan’s turntable, Log lift, and the deadlift. Going into even more detail, Brian claims that by the time he had to perform on the Titan’s turntable( Conan’s wheel but with a locomotive), here’s what he said;

“…from the start of that event, I started wrong. I took too big of steps and didn’t get my hips low enough to drive into it and I finished in a very disappointing 6th place. That’s when I kinda felt the title slip away”

Despite all this, he was still “neck and neck” with Tom Stoltman for the title with the ultimate winner being decided by the Atlas stones. It was also kinda poetic since before Tom Stoltman crushed the atlas stone record Brian Shaw was “The Man” when it came down to atlas stone lifting.

Brian goes into very in-depth and self-critical details on his performance but I think a broader picture must be looked at when talking about Brian Shaw. Despite him turning 40 next year he is still extremely good at Strongman competitions. Like, almost always placing top 5 on his worst days and comp champion on his best days.

What does the future hold for Mr. 4xWSM? Well, next up is the second edition of Shaw Classic. Which, if it keeps the same roster is going to be one hell of an event. The following are confirmed;  Oleksii Novikov (2020 WSM), the Stoltman brothers, Maxime Boudreault 2021 WSM  3rd place, the much-anticipated return of the pride of Poland- Mateusz Kieliszkowski, and even more anticipated return of the “Michael Jordan of Strongman” Big Z!

Hunter Labrada: “I Think Ramy Will Repeat… I Can’t Wait To Stand Next To Akim Williams”