Brianny Terry exceeded her own deadlift world record in training, ahead of The Showdown meet 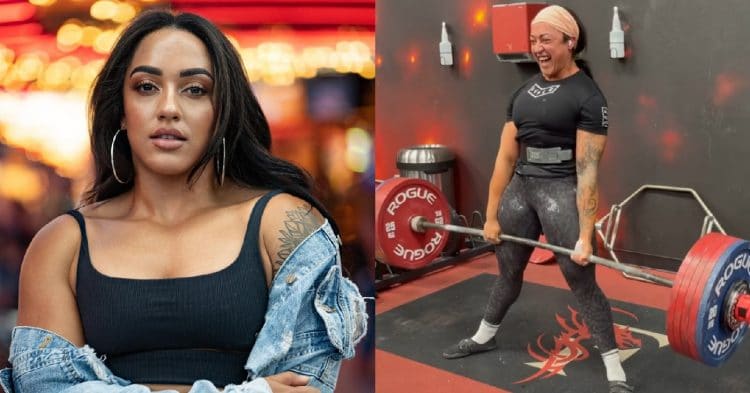 In about two weeks, 75kg powerlifter Brianny Terry is set to return to competition at The WRPF Showdown. It seems likely that she will walk away from this meet with at least one world record, after she scored an unofficial one in training.

Terry already holds the deadlift world record in her weight class, with the 265.5kg (585.3lb) pull that she achieved at the Hybrid Showdown III meet, earlier this year. This was her first meet since 2019, and she returned to action with a bang, showing that she had been using her time away from competition to grow and improve in a huge way.

Now she is preparing to get back to action again, for her second time this year, when she competes at The WRPF Showdown meet, set to take place September 25th and 26th, in Kansas City, Missouri. Ahead of this contest, she took to her Instagram to share a video of herself hitting a huge 267.5kg (589.7lb) deadlift in the gym, scoring an unofficial world record for her weight class.

4 pounds over my current ATWR and it felt SO. FREAKIN. GOOD,” Terry wrote.

This was an impressive performance from Brianny to say the least. Not only did she make this huge deadlift look easy, but she surpassed her own deadlift world record like it was nothing, making it seem like a near certainty that she would be able to do the same when she competes at the Showdown in two weeks.

It has been more than just the deadlift which has seen Brianny Terry hit some new highs, during the prep for this massive raw powerlifting competition. Just a few days earlier, she was able to hit a 137.5kg (303.1lb) bench press in the training room, which surpassed anything that she has done in competition or in the gym, making it a new personal record.

To be clear, Brianny is going to have her hands full at this meet, competing against some of the best in the world, especially when she faces off against fellow world record holder and elite talent, Kristy Hawkins, who she is very familiar with. Nevertheless she looks primed to deliver one of the best performances of her young career.

At just 24 years old, Brianny Terry is going to continue to improve and get better in all areas of her game. With the way she looking so far, it seems like The Showdown is just going to be the next stop in what will likely turn into a crazy career.