Among the numerous standout performances at the Hybrid Showdown III, John Haack, Jamal Browner, and Brianny Terry stood out from the rest of the pack with their performances 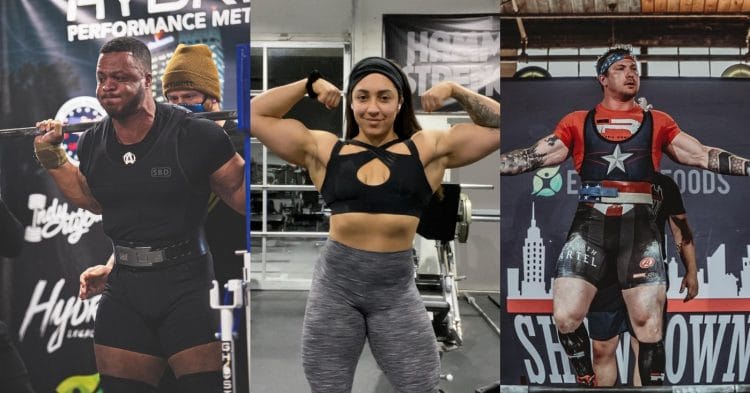 The Hybrid Showdown is quickly becoming one of the most premiere destinations for elite powerlifters to compete. This year saw some epic performances from the likes of John Haack, Jamal Browner, and Brianny Terry, to name a few.

Over the weekend, the third edition of the Hybrid Showdown took place in Miami, Florida. This contest usually results in strong performances, and this year was certainly no difference.

We already wrote about Julius Maddox’s unbelievable world record bench press. Not to mention, Daniel Bell added to his legend status with a massive ATWR total in wraps at the same event.

However these two were not the only standout performers at the Hybrid Showdown III. So we felt it important to note some of the other impressive performances from the weekend, that may have gone unnoticed compared to the aforementioned pair.

Heading into the Hybrid Showdown III, John Haack already had some world records on his resume. Although this was his first contest since September, so there was some intrigue to see how he would look.

To put it mildly, he looked absolutely incredible in the 90kg division. Below are his three best lifts from the event, which led to his world record extending total of 967.5kg (2133lb).

Another world record set at the Hybrid Showdown III came at the hands of Jamal Browner. He also came into this contest with records on his resume, but he extended this further with his performance in Miami.

At this event, Browner became the first 110kg powerlifter to total 1000kg (2204lb), with his enormous three lifts. This also extended his world record total by 10kg in the process. Below are his numbers from the meet, as well as a video of his performance courtesy of his Instagram:

Competing in the women’s 75kg division of the Hybrid Showdown III, Brianny Terry had one of the better showings of the weekend. In particular, it was her deadlift that got everyone talking after the contest.

This was due to her ability to pull a whopping 265.5kg (585lb) to score a new world record, narrowly beating Kristy Hawkin’s previous record. Below you can see her top three from the weekend, as well as video of her world record setting deadlift.

These were just a few of the many outstanding performances from the athletes who competed at the Hybrid Showdown III. This contest is quickly growing into one of the most anticipated annual events in the sport, and with outcomes like this, it is not hard to see why.