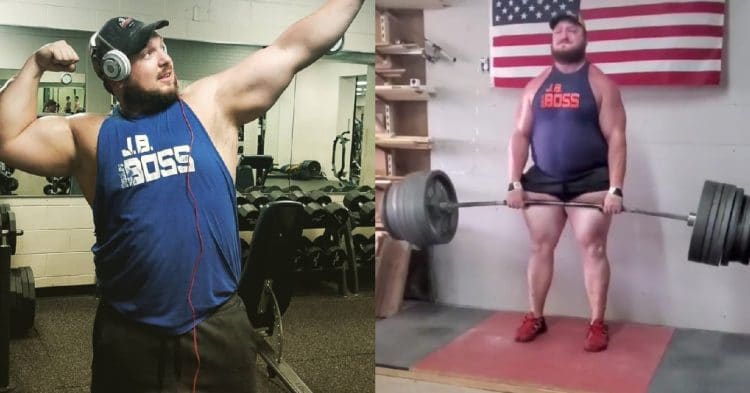 If you are familiar with Bryan Hartsel, then chances are you know him for his ridiculous squat abilities. However he showed us recently that there is much more to his skill set than just that.

At 31 years of age, Bryan has been competing as a powerlifter for just about three years. In that time he has done fairly well for himself, winning a few local meets in the +308lb division. However what has stood out the most so far about him, is his ridiculous squats. Most notably, last January when he squatted an insane 903.9lb.

However, Bryan Hartsel showed us recently that he has more in his arsenal than just ridiculous squats. He shared a video to his Instagram a few days ago, showing some of his deadlift training. Inspired by Hafthor Bjornsson’s world record deadlift, he pulled a ridiculous 865lb, with an insane amount of smoothness and ease.

“Today is thorsday. After seeing @thorbjornsson do his world record deadlift, it gave me motivation to showcase a little deadlift for myself.

Here’s 865 after doing 675×15 for the day. To be fair. This was literally all the more weight we could get on the bar without using ratchet straps or bands.

Would love to try breaking that record someday myself.”

Bryan says he does this lift after doing 675lb for 15 reps, which makes it all the more impressive. Although it is not all that surprising, given how often he does high rep training. Here he is, doing the last set of that crazy session.

This is some truly ridiculous work from Bryan Hartsel. He is proving that he has a solid level of strength in every aspect of his game. If he continues to train like this, chances are he will be blowing some serious records out of the water soon. He has a ways to go before reaching Thor’s record, though.