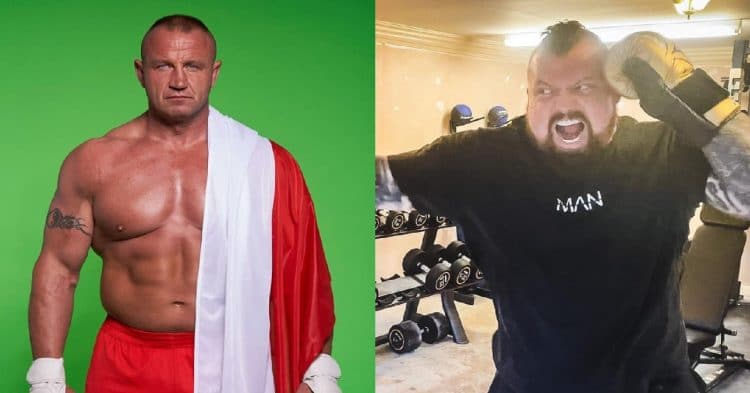 Eddie Hall seems to be quite the popular fellow, when it comes to getting called out for boxing matches. First it was Hafthor Bjornsson, but now most recently, Mariusz Pudzianowski has sent a challenge Eddie’s way.

Pudzianowski is the original strongman turned fighter. He competed as a strongman for many years, finding success not just on the regional scene, but on a global level as well, winning the World’s Strongest Man on five different occasions. However, in 2009 he began to transition to a career in mixed martial arts, fighting under the KSW banner, and securing a record of 13-7 (1 NC).

Apparently Mariusz Pudzianowski was very intrigued to hear that Eddie Hall had agreed to box Hafthor Bjornsson. Therefore he tried to shoot his shot, commenting on one of Eddie’s Instagram posts in an attempt to get Eddie to agree to box him next. However Hall was fast to respond, shooting down this idea rather quickly. 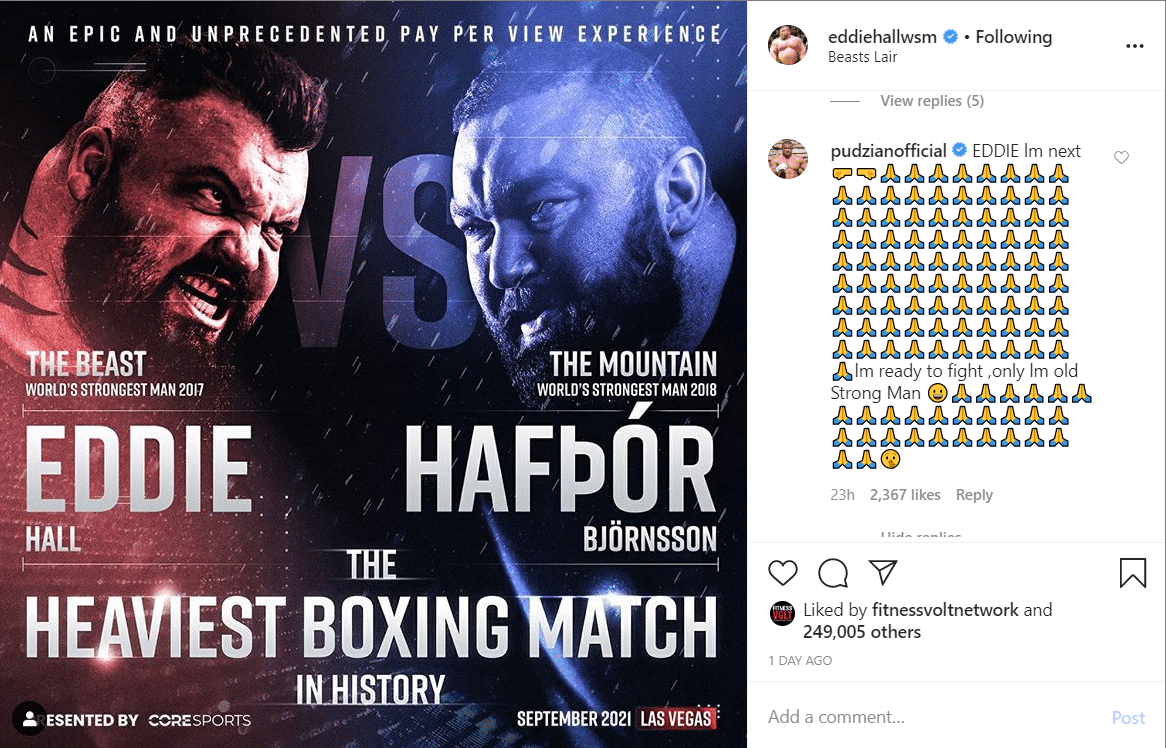 Not only that, but then Eddie went into deeper detail as to why he is not interested in this fight. He responded to the question in a recent Q&A during one of his boxing training sessions. Here he actually says Mariusz Pudzianowski has tried to fight him in MMA as well.

“Funnily enough, Pudzianowski has messaged me, asking me to go into MMA,” Eddie laughed. “No way am I doing that. I’m 163kg right now. I just won’t be able to keep up with the cardio of these guys, big and strong as I am. Three minutes and I’ll be on my back getting elbowed in the face.”

From there, you can actually see Eddie do some training for his upcoming boxing match. Regardless it seems that he is not interested in pursuing a fight with Pudzianowski after all. Although this is not very surprising, given right now his focus is on boxing Thor next September.

Would you be interested in seeing Eddie Hall box Mariusz Pudzianowski?