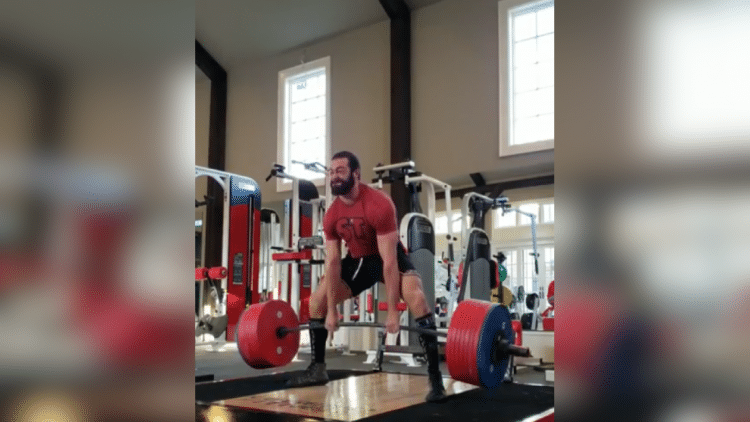 Powerlifter Cailer Woolam is back at it again, as strong as ever. Most recently, “Doctor Deadlift” showed off an impressive deadlift with no belt!

Woolam has been setting the powerlifting world ablaze lately, with his incredible performances. Earlier this year, he competed at the Kern US Open, competing at 214lbs. In fact, it was here that he set a new world record with his competition deadlift. He managed this, by hitting a massive 950lb/431kg deadlift on his third lift, crushing the previous all-time record.

However, Woolam is not showing any signs of slowing down. In a recent video posted to his Instagram, you can see Woolam in the gym, deadlifting again. However, this time he is doing the lift without a belt. Despite that, he is still managing a massive lift, at a whopping 915lb/415kg, only a few pounds shy of his record. The fact that he is able to do so, without a belt, is even more impressive.

“415kg/915lbs
After 405kg. I did it beltless because its really not that fkn hard to not use a belt pulling sumo. First 900 from the floor in several months.

As he alludes to, Cailer Woolam likes to mix it up between conventional stances, and sumo. Here, he chooses sumo for the lift, which assists with his lack of using a belt. Either way, that does not take away from how impressive this feat is.

It appears that the next time Woolam will be competing will be at the RAW Nationals, which he seems to have gotten an invitation to. However, if this training is any indicator, he will be showing up to that event primed to break more records, and keep on improving.

2019 Mr. Olympia: What You May Have Missed From The Athlete Meeting