2019 Mr. Olympia: What You May Have Missed From The Athlete Meeting

Today began the start of the 2019 Mr. Olympia. As a results, athletes from around the world began gathering in Las Vegas to complete their check ins, at the Athlete’s Meetup.

The 2019 Mr. Olympia will be an incredibly exciting affair. Therefore, as the athletes began making their way to the competition, fans and spectators are pumped to see how everybody looks. Subsequently, t.he Athlete’s Meeting provides such an experience, as this is the first time these athletes are seen for the competition.

Athletes like William Bonac and Brandon Curry have garnered much attention, as they seem like may be able to walk away with the vacant title of Mr. Olympia. Additionally, there are familiar names like Dexter Jackson and Roelly Winklaar that always bring elite-level physiques.

All these athletes, and many more gather for the Athlete’s meeting. As a result, this is where the bodybuilders appear, to check in for the competition. Additionally, it is where the 212 competitors weigh in for the event. Subsequently, there is a meeting where the Olympia athletes are introduced, and the weekend’s activities are previewed.

Here is the video of the Athlete Meeting:

You can feel the excitement within the atmosphere at the Mr. Olympia Athlete’s Meeting. Although it’s worth noting that this year’s competition will be lacking some of the massive names in bodybuilding. However, the event will have a slew of young, hungry athletes looking to take the opportunity to make a name for themselves.

In addition to the video of the Athlete’s Meeting, there were also tons of photos gathered at the event. Moreover, you can see some of the pictures of the top athletes looking to compete at the Olympia. (via Muscle and Fitness)

Hadi Choopan ready to compete in the Men’s Open. 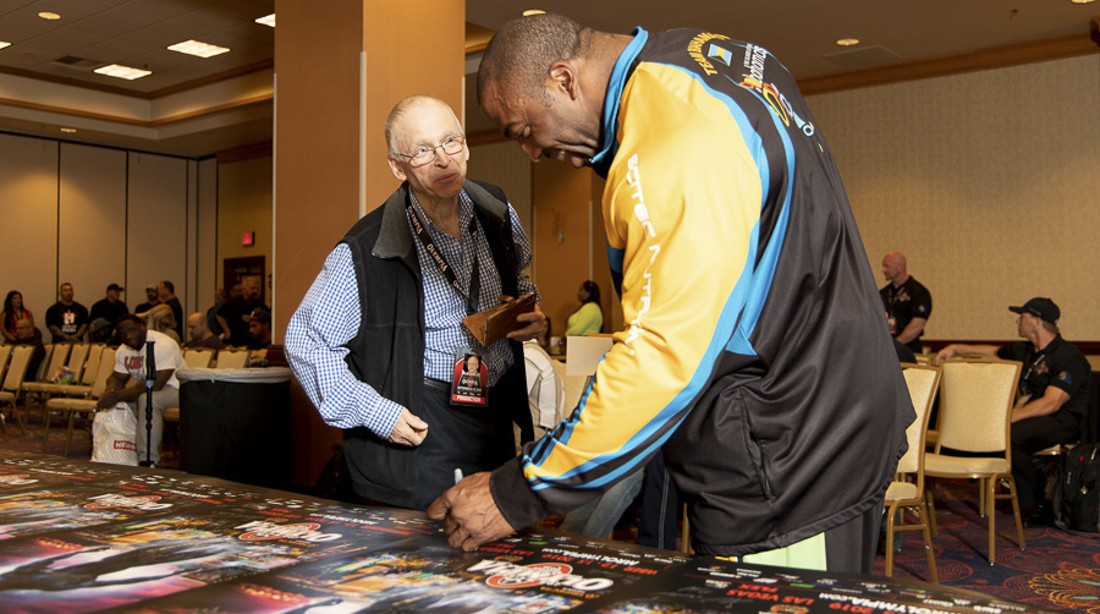 Cedric McMillan is competing courtesy of a Special Invitation. 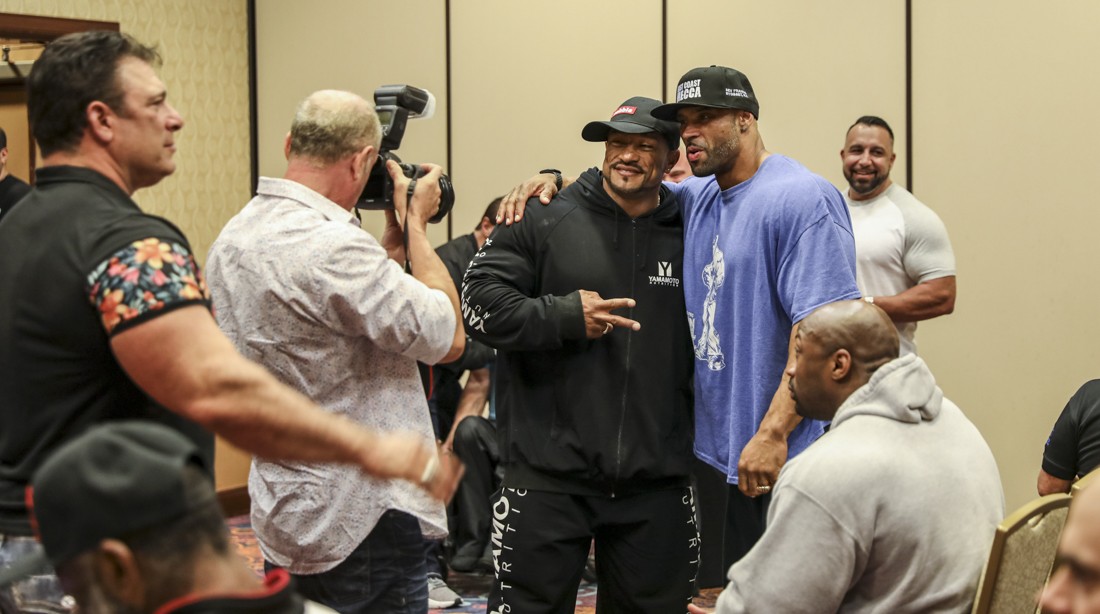 Additionally, last year’s People’s Champ Roelly Winklaar is another favorite for the competition. 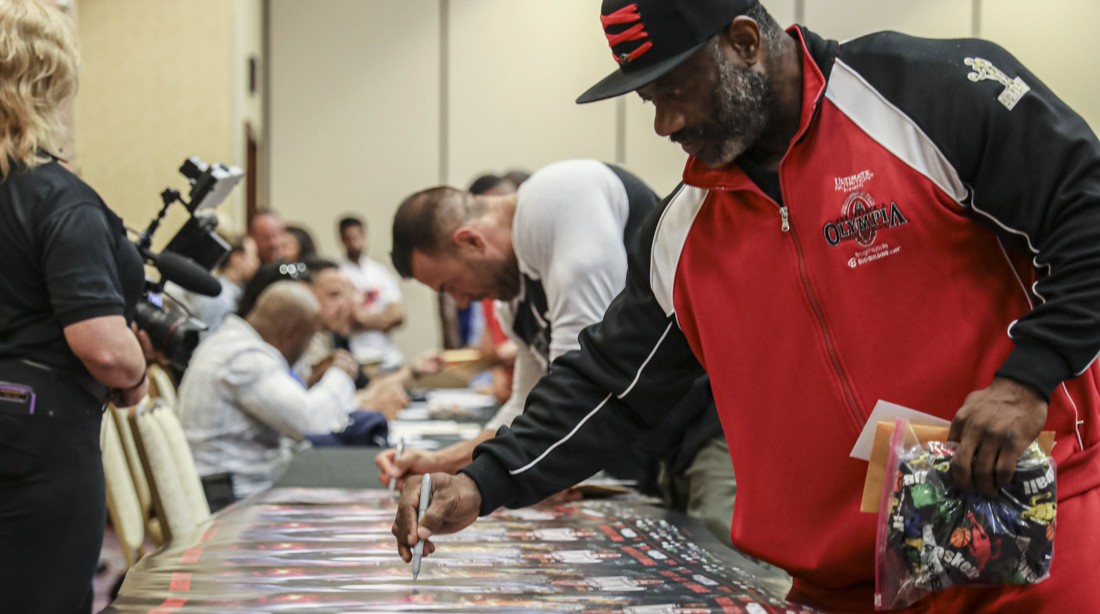 William Bonac sitting down with Shawn Ray, is looking to put on a massive performance.

Juan Morel is looking to capitalize on his big win at the New York Pro. 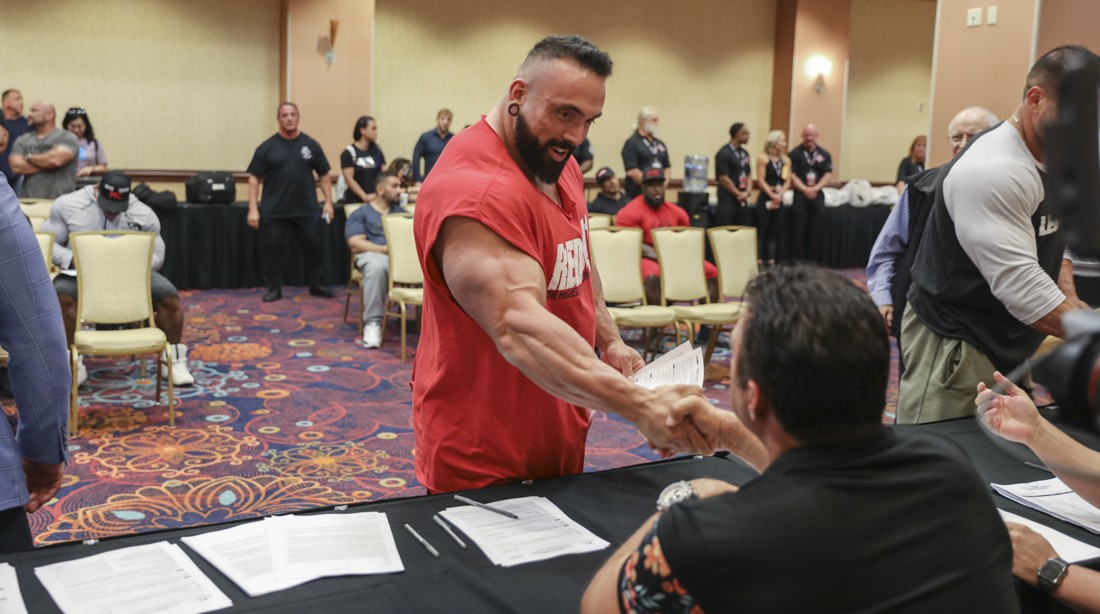 The 2019 Mr. Olympia competition takes place September 12-15th. Stay tuned to FitnessVolt for all the updates as the events unfold.