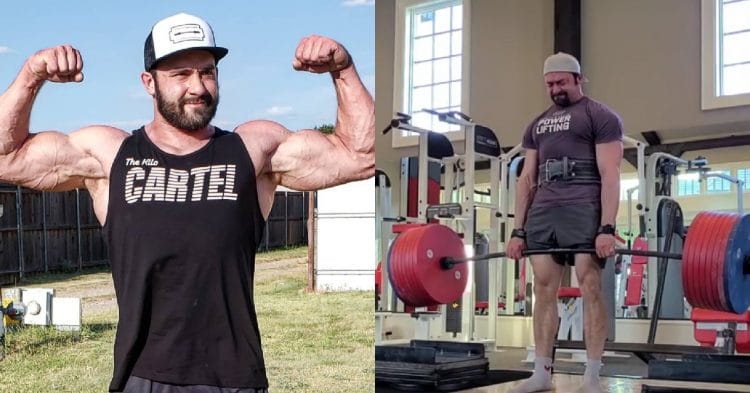 Cailer Woolam has been taking his deadlift game to another level recently. This was on display full time when “Doctor Deadlift” lived up to his moniker in training.

Woolam has been firmly established as one of the best powerlifters in the world. He proved that big time when he shattered the all-time world record for deadlift, by pulling a ridiculous 950lb last April. Since then, he has only looked to improve and has done just that. In fact, he pushed that record to a whopping 962lb, while adding his 2,121lb total to the history books as well.

Cailer Woolam put his skills to the test again, with a recent Instagram post. Although he is not in the gym like he normally is, he has been proving that this is unnecessary for a strong workout. He showed that again by hitting an insane 903lb deadlift single, followed by a triple set of 815lb while standing on 5-inch blocks.

Judging by the way he looks, and how easy he says this lift was, it is safe to assume that Woolam has been getting stronger lately. That could also be a product of the type of work he has been doing, making things more challenging by using those blocks. Here he is a week earlier, doing more work off of blocks. This time though, he smashed five reps of 793lb.

Cailer Woolam continues to show some serious growth each and every time he takes to the gym. Moreover, it is inspiring to see him push himself in training, despite the fact that he is unable to train like he normally would. It will be exciting to see him attempt to continue pushing his world record farther, as his career progresses.