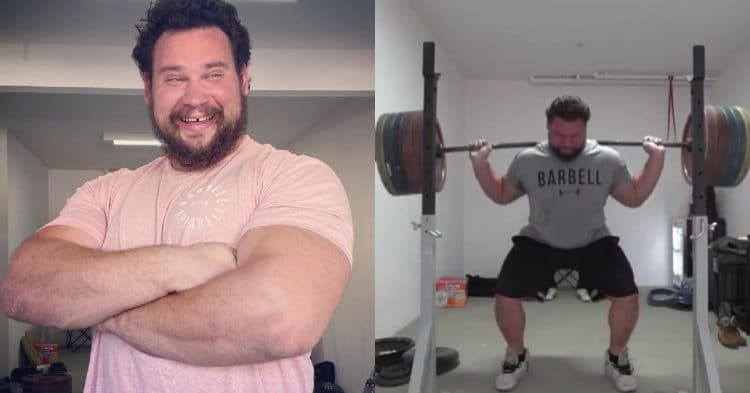 Martins Licis has been having to rehabilitate some serious injuries lately. Now that he is starting to get better, he was able to put together a solid performance in the training room recently.

Licis is the 2019 World’s Strongest Man, establishing himself as one of the best strongman athletes in the world. Unfortunately, he was unable to capitalize on this further at the 2020 Arnold Strongman Classic, coming in third place here. Although Thor Bjornsson had a strong showing to win the event, it was revealed that Martins had been dealing with some injuries, which hampered his ability to perform.

Now, with the current global health crisis, Martins Licis has had time to recover. While he is not at 100%, he is definitely getting there. That was seen big time, with a recent Instagram post showing him destroying a massive 506lb paused squat set with ease.

“Over the last Month, I’ve pulled way back on heavy lifting, and have been working with @squat_university on rehabilitating my left knee and right hamstring. My strength has gone down a bit, and it’s 100% worth it. Just yesterday, I was able to perform this set of 506lb (230kg) pause squats completely pain free! The plan is, over the next month and a half, to build back my control and work capacity with this weight (as long as it’s 100% pain free) and to slowly start increasing weight after that. Great things to come 💪”

Licis had been working hard to strengthen his knees throughout his entire recovery. That seems to be paying off, as he has made improvements on his ability to squat. Admittedly he is still far from his full capacity, but he is still getting better.

Martins Licis has made it clear that he plans on really using this period of downtime to rehab his injuries. It will be exciting to see him return to competition fully healthy and ready to go.