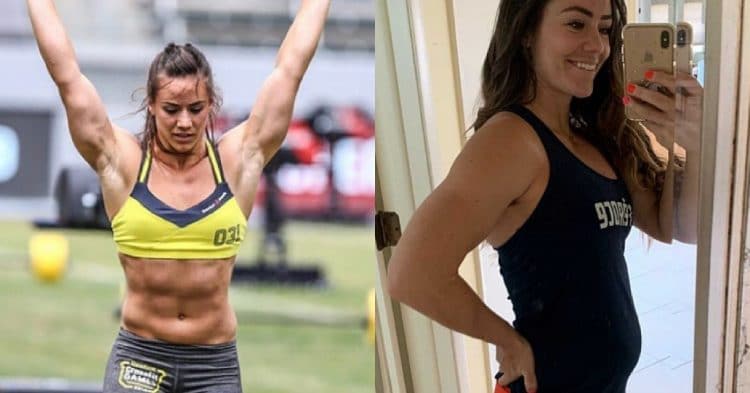 It seems that the pregnancy bug has been making its way around the CrossFit circuits, as another athlete has announced that she is pregnant. Camille Leblanc-Bazinet has revealed that her and her husband are expecting their first child.

Leblanc-Bazinet is one of the best CrossFit athletes in the world. She was the winner of the 2014 CrossFit Games, and has seen an enormous amount of success throughout every other contest. As a former gymnast, she found that CrossFit provides her with an excellent outlet for her athletic desires.

However it seems that she will be taking some time away from CrossFit, as Camille made a big announcement to her Instagram. According to a post, her and her husband, Dave Lipson, are expecting their first child. It was a fun way to announce the news, and it is clear that they are both excited for this big change.

Here was her announcement:

This announcement from Camille Leblanc-Bazinet comes just a few weeks after another big CrossFit star revealed similar news. Annie Thorisdottir recently explained that she would be missing the CrossFit Games this year, due to her pregnancy. In addition to that,  fellow Games athlete Carleen Mathews is also pregnant.

Leblanc-Bazinet has reached the highest of highs in CrossFit. Her resume has not only seen her winning the Games, but finishing in the top 10 on four of her seven appearances. Moreover, she is a multiple-time regional champion, representing Canada well. Not to mention, she did all this while earning her college degree is chemical engineering.

Congratulations to Camille Leblanc-Bazinet and Dave Lipson on the expectation of their first child. Judging by the parents, it seems likely that this youngster will be an athletic monster. The two of them certainly seem ecstatic at the news.