Annie Thorisdottir Will Not Compete At 2020 CrossFit Games 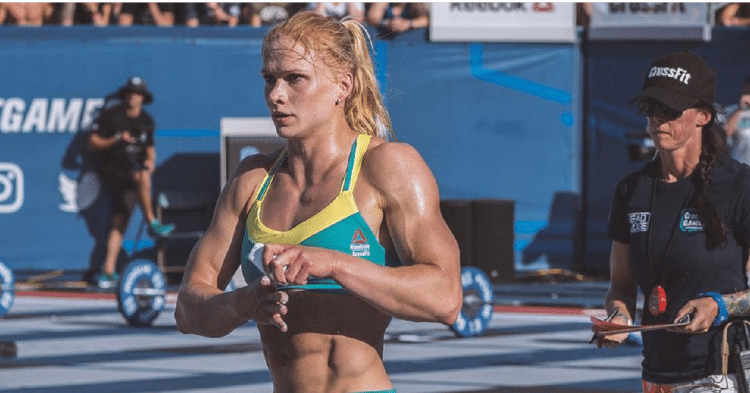 Annie Thorisdottir recently announced that she and her partner were expecting a baby. As a result, she has officially declined her invitation to the 2020 CrossFit Games.

Thorisdottir is the two time winner of the CrossFit Games. As a result, she has become one of the most popular, and recognizable faces in the sport. Not to mention, it certainly helps that she is also a very sweet person outside of competition, as well.

That is why, when Thorisdottir revealed that she and fellow CrossFit athlete Frederik Aegidius were expecting a child, it was met with universal praise from the CrossFit community. However, when fans realized that her due date of August 5th coincided with the end of the CrossFit Games, there were some concerns. Obviously being in her third trimester makes competing a little more difficult.

Now, three weeks after the initial announcement, the inevitable had been confirmed. According to an announcement from CrossFit HQ, Annie Thorisdottir has officially declined her invitation to the Games.

This is what the statement said:

“Thorisdottir’s spot will pass to Maddie Sturt, who sits next in line for an invite as a result of placement in the 2020 CrossFit Open.”

Thorisdottir scored second place in the 2020 CrossFit Open, which is where her invitation came from. Subsequently, as the statement explained, her invite goes to Maddie Sturt. This gives the 23-year old Australian athlete her fifth appearance in the big competition.

As much as fans are sad that they will not see Annie Thorisdottir at the 2020 CrossFit Games, you can’t help but be happy for her, and Frederik Aegidius. This will be just her second time missing the Games, since 2009. Regardless, when the competition is taking place she is likely going to have some bigger things on her mind.