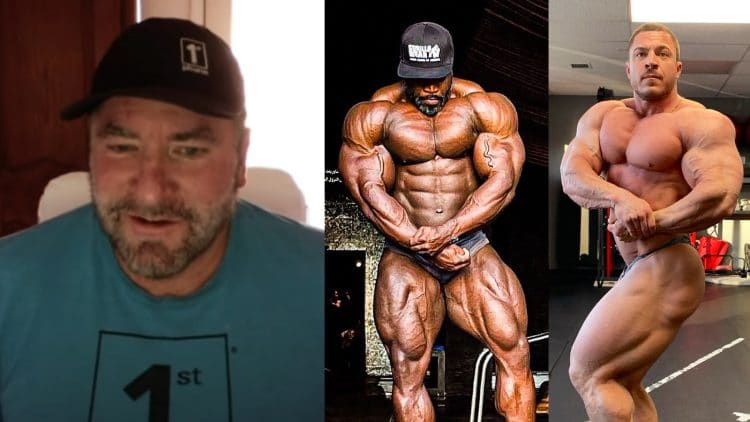 We are six weeks removed from the 2022 Arnold Classic and the air is already filled with anticipation. Renowned sports nutritionist Chad Nicholls recently gave his predictions for the open pro division and shared his thoughts on the probable top contenders of the division. During a recent issue of The Menace Podcast with Dennis James on the Muscle and Fitness YouTube channel, Chad Nicholls shed light on the strengths and weaknesses of top competitors at the 2022 Arnold Classic.

Hailed as the second-most prestigious bodybuilding competition after Olympia, the 2022 Arnold Classic will take place from March 3rd to 6th in Columbus, Ohio. The roster includes 2019 Mr. Olympia winner Brandon Curry, 2020 Arnold Classic winner William Bonac along with some of the accomplished as well as upcoming bodybuilders of this era.

While he quickly predicted the winner of the 2022 Arnold Classic, Chad stated that it will be an interesting battle from second place through to fifth place. Chad predicted that Steve Kuclo and Brett Wilkin are the other guys that could stake a claim in the top five.

While talking about Brett Wilkin’s chances at the 2022 Arnold Classic, Chad Nicholls stated:

“He’s got a lot of hype right now. He is still has a lot to prove to believe it. But he is in the mix. We can’t say he is over the hump yet. Because when he competed last time I thought structurally he’s solid, his conditioning is good.”

“He is another kid that is regimented, very on point with bodybuilding. He’s moving up. He is doing everything the right way. He could be a problem. If he is in shape, he is at it, let’s say 10 pounds of tissue onto that frame from last year, he could be a big problem.”

Chad Nicholls went on to add that Wilkin could give Brandon Curry a run for his money at the meet. Nicholls argued that Wilkin will obviously be bigger than he showed up in 2021. He further predicted that Brett Wilkin might be able to capitalize on some of the inherent weaknesses of Curry.

“He matches Brandon structurally. Obviously Brandon’s got that massive back and that width and you know that shoulder to waist ratio! But Wilkins isn’t far off of that. And I think he might be bigger. So it’s gonna be interesting,” Chad Nicholls said.

Many people perceived Nick Walker’s win at the 2021 Arnold Classic as the result of the 2020 winner William Bonac’s absence. However, Chad Nicholls believes that Bonac might show up undersized at the meet and most likely slip in the rankings.

“I think that the things he has lacked over the last couple of years are finally starting to catch up with him. I think he was downsized a little bit (in 2021) and his conditioning was also behind in 2021. But I think he had very little time to correct that.”

Based on his assessment of William Bonac’s recent pictures, Chad Nicholls argued that Bonac might not have an impressive presence at the 2022 Arnold Classic.

Courtesy of the Muscle and Fitness YouTube channel, you can watch the full podcast episode here:

Three-time Classic Physique Olympia champ Chris Bumstead is working hard during the offseason to continue his dominance in bodybuilding. In...