Life and accomplishments of Brandon Curry 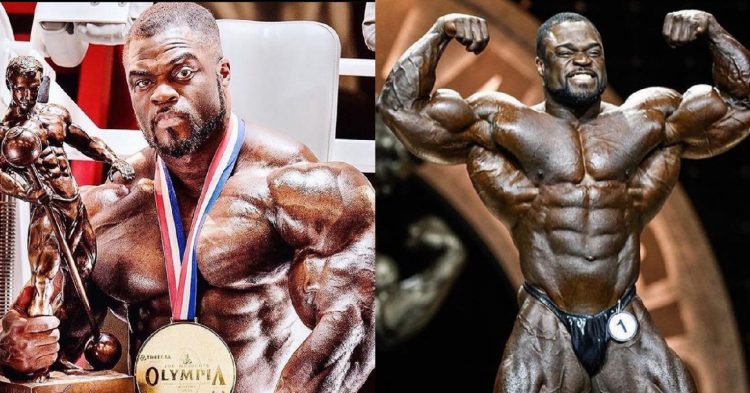 Brandon Curry is an IFBB Professional bodybuilder and the current Mr. Olympia. This is his complete profile, biography, training regimen, diet plan, and more.

Brandon Curry was born and raised in Nashville, Tennessee, USA. He developed an interest in weight training at just six years old when he received a pair of Hulk Hogan dumbbells on his birthday. He was also inspired by the action figure G.I Joe, while also being in awe of Rambo and Rocky who motivated him to train hard.

Curry participated in gymnastics as a child but quickly learned it wasn’t for him. He competed in football, track, and field, and wrestling for the Hunters Lane Comprehensive High School in Nashville.

After high school, Curry majored in exercise science at the Middle Tennessee State University in Murfreesboro, Tennessee where he briefly played for their football team. He eventually transitioned his focus solely to weight training which was truly his passion.

After Curry earned his degree from the University, he, like many others in the same field, became a personal trainer before and became involved in bodybuilding.

little did he know, he’d end up making history several years later by becoming the 15th man in history to win the Mr. Olympia title, the most prestigious award in all of bodybuilding and fitness.

In 2003, Curry won the Supernatural bodybuilding competition in the light-heavyweight division which was his first show ever. He turned Pro in 2008, after winning the NPC USA Championships in both the Heavyweight and Overall.

From there, Curry gained some popularity and placed 8th in his first Mr. Olympia appearance in 2011. To place within the top ten at your first Olympia is a very big deal.

Then in 2012, Curry placed 7th at his first Arnold Classic Ohio which is considered the next biggest show to the Olympia. The following year, he won the Arnold Classic Brazil and a few shows after that. While Curry has always been a top ten guy he didn’t start to move in the direction of his full potential until 2016 when he met coach Abdullah Al Otaibi at the Olympia.

Curry ended up moving to Kuwait to train under his guidance at the famous Oxygen Gym, which is known for taking Pro bodybuilders’ physiques to the next level. Coach Abdullah pushed Curry harder than he had ever been pushed before and he consequently, packed on a lot of size rather quickly.

Curry won the 2017 IFBB Arnold Classic Aus, 2017 IFBB New Zealand Pro, and 2017 IFBB Ferrigno Legacy. He then placed 5th at the 2018 IFBB Mr. Olympia which was his best performance up until to that point.

But 2019 would prove to be his most successful year yet, winning both the Arnold Classic Ohio and the prestigious title of Mr. Olympia. He and much of the lineup in 2019 was criticized for lackluster conditioning and even Curry acknowledged that he wasn’t 100%. But he was a favorite due to his Arnold Classic win earlier in the year and did enough to be awarded the Sandow trophy.

Because of the 2020 health crisis, Curry was not able to travel and make appearances as the Mr. Olympia winner typically does, being the main ambassador of the sport.

“My whole 2020 schedule was demolished,” he explained in an interview with IFBB Pro Fouad Abiad. “It just put a big halt on my ability to go around and be in the presence of fans, be in the presence of community, and just really show my worth to the sport. It kind got in the way of that… a lot!”

Thankfully though, he was able to attend the 2020 Tampa Pro (not as a competitor) competition which was the first major show since the postponement of all events months prior.

He’s currently preparing for the 2020 Mr. Olympia competition scheduled for December and with the return of 7x Mr. Olympia Phil Heath, he’s going to have his hands full. But he’s doing what he has to, to ensure that he defends his title.

Related: Brandon Curry: ‘My Job Is To Make You Forget About’ Phil Heath

Curry does a high volume training split in Kuwait and trains each body part twice per week. Although, when he’s back home, he’ll lower the volume and focus on intensity of which he believes contrasts well with his training Kuwait and allows him to respond better when he does go back.

An example split for him could look like chest and biceps, back and triceps, shoulder day, quad day. Then he’ll often train hamstrings at night after the quad session earlier in the day.

Here’s a chest workout that he did with Classic Mr. Olympia champion Chris Bumstead back in January at Carbon Culture Gym in Tennessee.

They did 3-4 sets per exercise not necessarily counting reps.

This is a shoulder workout that Curry did at the beginning of the year with famous trainer Charles Glass.

A bodybuilding diet varies depending on close or far out from a show. Curry diets on a lower fat, higher carb intake.

For his carb intake which is mostly potatoes and rice, Curry will eat 900g carbs on the low end and 3000mg on the higher end depending on his weight.

In an interview, Curry talked a little about his choice of supplements and what he believes are the best supplements for a bodybuilder. So, he likes to take whey protein isolates and hydrolysates around his workouts to help with recovery. These protein forms improve absorption and are high-quality sources.

Then for extra calories and recovery support, he takes an intra or post-workout carb source that digests quickly.

Other supplements that he believes are important for a bodybuilder include essential amino acids (important for building proteins), creatine monohydrate for muscle fullness, performance, and cognitive benefits. Then he also takes sodium, magnesium, and zinc for general health and balance, as well as melatonin to help with sleep.

“All of these things will give you those little extra synergies to makes you be a better bodybuilder. When it comes to being a complete bodybuilder of course food is first but the supplementation, it definitely gives you the edge if you know how to use it, you know how to apply it.”

He also thinks a good Omega-3 fatty acid supplement is good for inflammation and heart health, especially for someone who doesn’t eat much fish.

Curry doesn’t push pre-workouts too much unless he really needs it. He’ll often drink coffee before his workouts and then if he needs a pre-workout, he’ll take it but he tries to get the most out of the least.

Curry met his future wife Brandy Leaver (competitor and model) in high school in 2000 before getting married to her in 2008. Together, they have one daughter and three sons. She was always supportive of Brandon’s career and still is, although he has to leave her and their children for several weeks at a time to train in Kuwait.

Curry is affiliated with Carbon Culture Gym in Tennessee and explained earlier in the year that he planned to have his own branch where he’d do much of his training and preparation for the Olympia.

Brandon Curry is a great Mr. Olympia who, after many years in the sport, is starting to realize his full potential. 2019 was the year of Brandon Curry and we look forward to seeing what he brings to the 2020 Olympia which will be interesting to see, especially with such fierce competition.