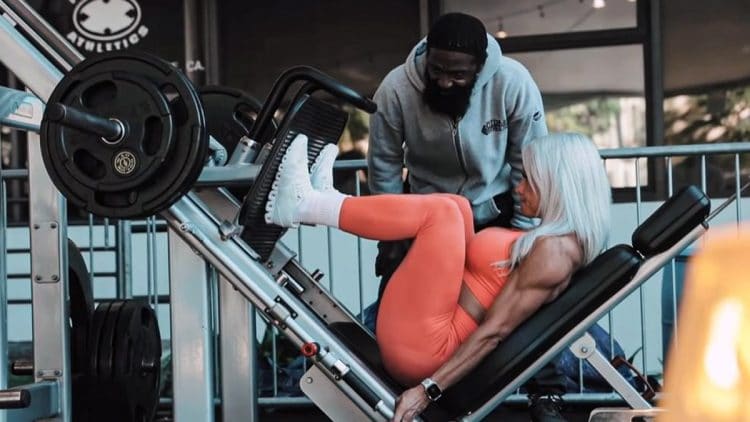 Bodybuilding coach Charles Glass recently shared effective techniques to build the outer quad sweep. Glass is one of the most celebrated names in the industry and he has earned the nickname Godfather of Bodybuilding owing to his enormous contribution to the sport.

Glass routinely shares efficacious bodybuilding methods and tips on his social media handles that have helped many people achieve their bodybuilding and/or fitness goals.

Having defined outer quads allows the legs to look more aesthetically pleasing than the bulk alone. Many people refer to outer quad as outer quad sweep due to their bow-like curvy shape. Recently, Charles Glass shared techniques to build outer quad sweeps on his YouTube channel.

Leg press is one of the most common movement to build the quads in gyms around the world. Glass shared a ridiculously simple yet effective technique to build outer quad sweep by slightly varying the way we perform. Leg press. The veteran coach advised to perform the leg press with toes pointing slightly outward.

“We’re hitting the outside sweep. So we’ve got to turn the feet (outside) just so slight. Bring it down deep, push up and push up from the heels,” Charles Glass said.

Charles Glass further added that he does not like the knees to go over the toes during any movement. Therefore he advised to put the feet slightly higher and on the leg press machine since putting them lower can involve the glutes muscles and take away the tension from outer quad sweeps. Glass then went on to warn against pushing the weight with the toes to avoid stress on the knees.

“You wanna try to push from the arch of the foot back to the heel. That way you give a good foundation when you push. Then you feel it from the outside. When you push it from the toes, your knee is going to give you a lot of problems,” Charles Glass added.

Next technique to build outer quad sweeps involved the use of hack squat machine. Glass advised to modify the body position to get the desired benefits. Instead of standing straight with both feet on the plate, Glass advised to keep the upper body in the usual position and twisting the lower body in right angle so that one leg rests on the plate while the other is slightly behind on the floor. The resultant movement thus resembles that of lunges.

Courtesy of Charles Glass YouTube channel, you can watch the full video here: