The man known as the "Father of Natural Bodybuilding" passed away late November from a heart attack on the same day that he found his wife dead. 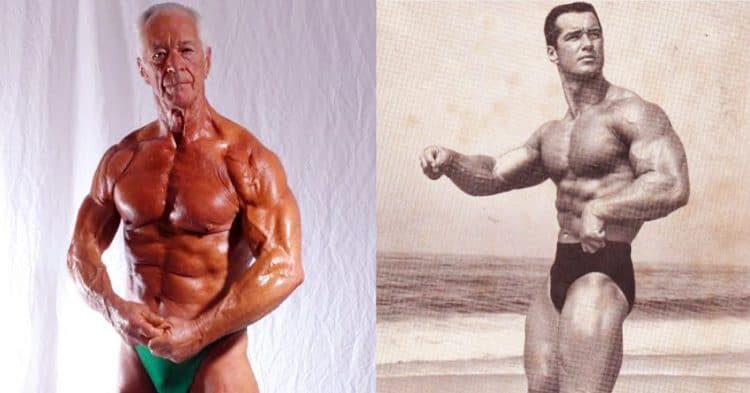 It is with great sadness that we have to report another death in the bodybuilding community this year; Legendary bodybuilder Chester (Chet) Yorton died on November 21, 2020, at age 81 from a heart attack, just hours after he found his wife dead (cause currently unknown).

He was known as the “Father of Natural Bodybuilding” who was a proponent of drug-free training and had an incredible physique in his prime.

Yorton’s daughter Shannon recently shared in a Facebook post that both of her parents died two weeks ago on the same day.

Having lost both parents on the same day as an only child is absolutely devastating and it was too much for her to handle emotionally, she explained.

“I lost both of my parents 2 weeks ago, on the same day 💔. I am an only child and they were all I had in this world. My blood connection to it.
I can’t even begin to describe the day we found them… I couldn’t catch my breath. Hyperventilating… Tears. Shock… Panic. Tears… Nausea. Tears… total and complete devastation.
Words can’t and won’t describe the pain, grief and sadness I feel. I wanted so much more for them… I wanted an easier life for them. An better ending to their story.
My mama was 78. Autopsy still pending.
My dad was 81. Heart attack.
My mom died first.
My dad died later when he found my mom… he must have suffered such shock and sadness in finding her.

Shannon included another post remembering her late father. She mentioned a few of his most notable accomplishments such as winning the prestigious Mr. American and Mr. Universe bodybuilding competitions.

Yorton was actually one of the very few bodybuilders to have defeated Arnold Schwarzenegger, a feat he achieved at the 1996 Nabba Mr. Universe (amateur) competition in London, England.

“A bodybuilder first and foremost,” she explained in the post. “It was his first love. His passion. It coursed through his veins. It was almost all he thought about.”

She included a little about his life and also shared memories/stories about him and her.

My dad. Died two weeks ago.He was Mr. America & Mr. Universe.A bodybuilder first and foremost. It was his first love….

Yorton was born in Stevens Point, Wisconsin on July 1, 1939. In high school, he suffered serious injuries and was almost killed from being in a terrible automobile accident. He almost had to have a leg amputated but thankfully, doctors were able to save it.

But that didn’t stop him from pursuing a bodybuilding career, as he began resistance training as part of rehab.

Years later, he went on to win a few big shows, not to mention, he beat “The Oak” Arnold Schwarzenegger in competition. But he also beat future Mr. Olympia champion Frank Zane at one point.

His last win was the 1975 professional Mr. Universe and then he retired from competition several years later following the 1979 season.

Yorton was a big advocate and proponent for natural, drug-free bodybuilding and contributed a lot to the sport.

He also had a short stint as an actor in the films, “Muscle Beach Party” and “Don’t Make Waves”.

Chet Yorton married his wife Vicki in 1972 and they had one child together (Shannon).

Chester Yorton was a true pioneer of the sport and will always be remembered for his contributions.

We’d like to extend our most sincere condolences to the family and friends of Chester and Vicki Yorton.

Watch Hadi Choopan Tear Up Triceps Training Ahead of 2020 Olympia