Watch Hadi Choopan Tear Up Triceps Training Ahead of 2020 Olympia

The Persian Wolf is looking like a beast less than two weeks out from the Olympia. Will he place in top three once again? 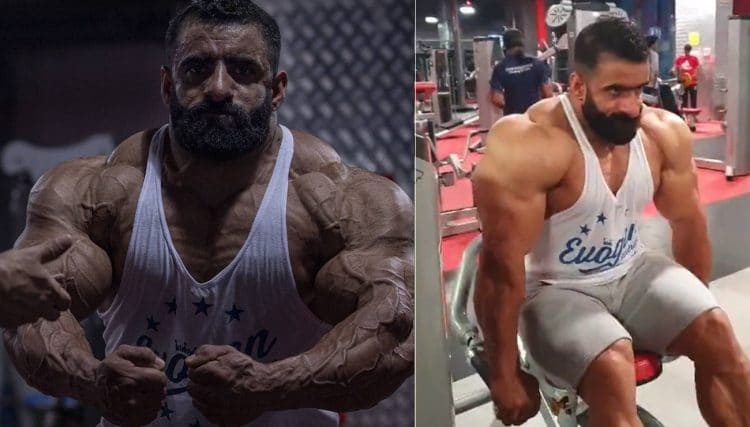 Hadi Choopan shocked a lot of people last year when he placed third at the Olympia in the Open division. It was his debut and not even in his usual 212 weight category but he hung with the top very well in size and conditioning.

In fact, many argued that he could have beaten Brandon Curry to win the show. But if all goes well and he’s granted a visa into the US for the world’s biggest bodybuilding event, then he’ll really get to show whether he’s improved and deserves to be near the top for a while.

The Persian Wolf has been looking insane of late although he usually does but in his training and progress updates, it’s evident he’s coming for one thing; the Mr. Olympia title.

There’s only one, or two, or three problems that he’ll have to contend with and that’s defending champion Brandon Curry, 7x Mr. O champ Phil Heath, William Bonac, and several elite competitors but if he can make small improvements, he’s going to be a serious threat to the Sandow.

But let’s not get ahead of ourselves and just appreciate the lead up to the event because it’s the day of, that truly shows where these elite competitors stand.

Choopan recently shared a training clip on Instagram where’s he’s tearing up some triceps… check it out!

Hadi Choopan has that freaky, cartoonish look to him that makes him stand out. His muscle bellies are insane and the crazy thing is that there’s room for improvement although his weak points are very small but even then, he continues to improve.

So it’ll be really interesting to see what he brings to the 2020 Olympia.