Chris Bumstead gives a current update on his bodyweight, and shares his daily diet for the final day of bulking for the 2021 Mr. Olympia 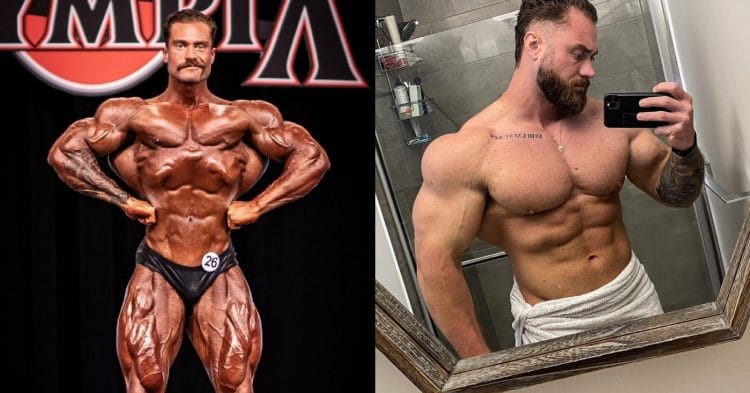 Classic Physique Olympia champ Chris Bumstead is at the end of his bulking phase, for the 2021 Mr. O prep. He decided to share the massive diet that he has been using to get to this point.

Bumstead is the two-time Classic Physique champ, who has aspirations of setting a legacy that few will ever be able to touch. With the intent to continue improving, he has spent the last few months bulking up, getting ready to start his prep.

As he explained in a recent video to his YouTube channel, he has finally ended this bulking period, and he decided to share the massive daily diet that he used on the final day of this step. First however, he took to the scale to check in on his bodyweight, which was a lot heavier than he expected.

“264.6. Not going to, that’s actually a lot heavier than I thought I was going to be today. The highest I’ve been is 263, so lucky me, the morning vlog is a new morning high,” Bumstead said.

With that in mind, and his supplements taken, it was then time for breakfast, which started the first of many meals. Here is a breakdown of Chris’s bulking diet:

For his first meal Chris Bumstead has either a protein bar or toast and almond butter, along with a shake, made up of the following:

After getting a massage, Chris comes back for meal two, which is the first proper meal of the day, made up of the following:

Bumstead jumps right to meal three, which is says is another “boring” meal, which goes as follows:

For his preworkout meal, Chris enjoys a “nutritious and delicious meal that was prepped already.

After having a workout, Chris then has the meal that he is most excited for, and his highest calorie meal of the day.

Admittedly, this is a bit of a cheat meal for Chris Bumstead, who says that he is enjoying it while he can, before starting Olympia prep.

“This is the final full day of eating for the offseason. Prep’s starting soon. This is the biggest, strongest I’ve been going into a prep, so I’m feeling really good, really excited,” Bumstead said.

“I’m probably going to start prep early this year too, because I’m in such a good spot. Try to get ahead of the game, and get after that threepeat, because yeah, I’m f—king fired up to do this again.”

This is quite the hefty diet for Chris Bumstead. It is going to be interesting to see how this bulking phase affects his package for the 2021 Mr. Olympia.