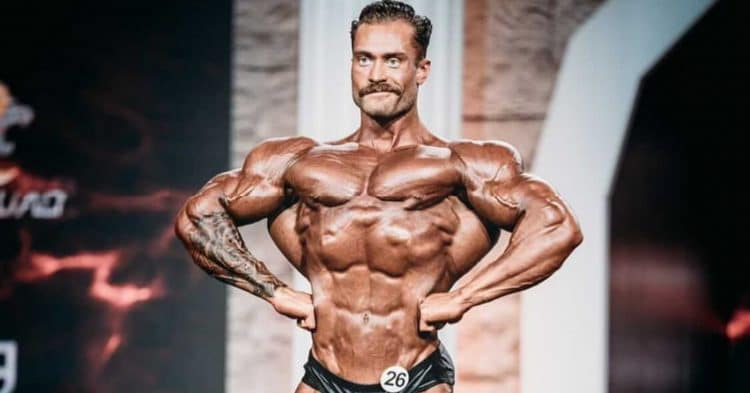 With the success that he has had at Classic Physique, some have wondered if Chris Bumstead would make the move to the Open Division. He recently shut down those theories, although he left the door open for a possible move in the future.

While the Classic Physique division is still quite young, one of the youngest in the sport, it has grown into one of the most exciting. In large part, this is due to Bumstead and his role at the top of the division.

Admittedly, things were closely contested when Chris won the Classic Physique Olympia in 2019. However he came back in 2020 to silence the doubters, putting more distance between himself and the rest of the division.

Related: Chris Bumstead Returns To The Gym For First Shoulder Session Since 2020 Olympia

With this reign of dominance being so impressive, some have wondered if Chris Bumstead would consider moving to the Open Division. Speaking in a recent video to his YouTube channel, he made it clear that this was not in the plans for him.

As he explains it, he wants to build a legacy in the division that will be remembered for years to come. While he did not completely rule out the potential of a foray in Men’s Bodybuilding, this is not happening any time soon.

“I don’t why people can’t just be happy with me winning Classic Physique. I’m happy with it, and I’m still just trying to win a third title. People are talking about me moving to Open already,” Bumstead said.

“To answer the question, would I ever? I might. It depends what goes on in the future, how my health holds up.

“If I was 100% healthy and I won like 6 Olympias and I’m like f—k it, I’m going to retire next year let’s try an Open show, I might do it. If my health isn’t really that great, f—k no I would never do that.”

Chris went on to explain that he likes the idea of competing in Classic, where he does not have to take a lot of supplements or add a ton of mass. That said, he is not ruling out a move but for now, he is focused on reigning as champ.

“It’s up in the air. It depends on how my body holds up, but I don’t even like thinking that far ahead because my only goal right now, my only dream is to be a longstanding Classic Physique champion, to build a legacy in this,” Bumstead said.

“This division’s new, it’s young, and I want to be the person at the forefront that people look back and remember like ‘F—k, Chris won like five years in a row when it started.’ I want to look like that. That’s my only goal right now, so I’m not even thinking of switching classes anytime soon.”

Considering the fact that Chris Bumstead still has room to grow before he reaches the weight limit for his height in the division, it makes sense that he would not plan on moving anytime soon. Of course, that will do nothing to stop the hordes of people wanting to see him face off against Big Ramy.