Chris Hemsworth Reveals That He Will Be Getting Bigger For Upcoming Role As Hulk Hogan, Than He Was For Thor 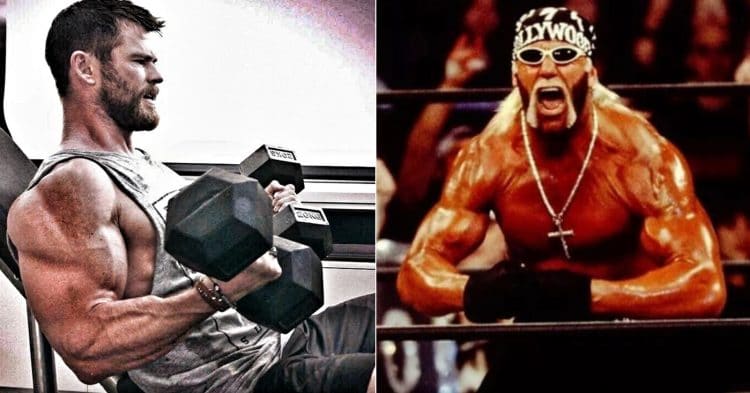 Having play one of the Earth’s Mightiest Heroes for the better part of a decade, Chris Hemsworth is already in ridiculous shape. However an upcoming biopic about Hulk Hogan will see the Australian superstar getting bigger than he has ever been.

Like practically everyone, landing a role in the Marvel Cinematic Universe made Hemsworth’s career blow up beyond belief. That being said, what really made him stand out among his other super hero brethren, is how ridiculously jacked his physique is. He truly is dedicated to fitness, and has used that to fully take on the role of Thor, the god of thunder.

However it would seem that Chris Hemsworth will be taking things to an even crazier level, for an upcoming Netflix film. He is playing the part of Hulk Hogan in a biopic about the life of the pro wrestling legend (and bodybuilding fan). As he explained recently in an interview, Hemsworth will be packing on the muscle to emulate a younger and ultra ripped Hogan.

“This movie is going to be a really fun project,” Hemsworth said. “As you can imagine, the preparation for the role will be insanely physical. I will have to put on more size than I ever have before, even more than I put on for Thor. There is the accent as well as the physicality and the attitude.

“I will also have to do a deep dive into the rabbit hole of the wrestling world, which I’m really looking forward to doing.”

It is hard to believe that Chris Hemsworth will be able to look bigger than he already is, especially when considering the amount of steroids wrestlers like Hulk Hogan and countless others used back then to get that size. So long as he can do this in a healthy and safe manner, it will be exciting to see how he looks at that size.