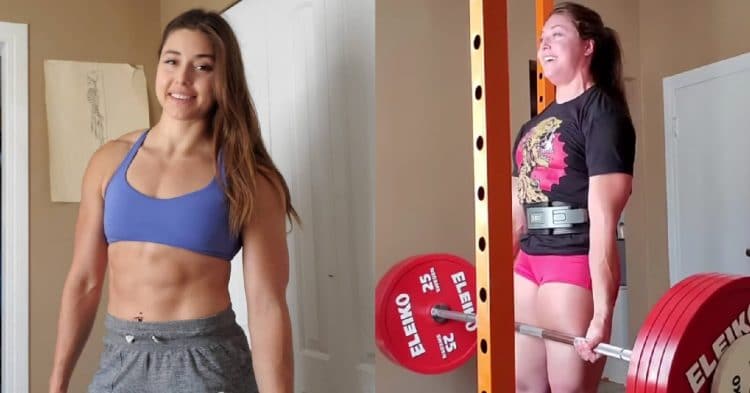 For top level powerlifters, nothing feels better than hitting a lift that you have been working on for a while. That relief was written all over the face of Jessica Buettner when she pulled off a strong deadlift that she had been gearing up for, over the last few weeks.

Buettner’s story is one littered with overcoming adversity and setbacks. She has figured out a way to make herself a successful and high level powerlifter, all while dealing with Type 2 Diabetes. As a result, she is a super inspirational athlete and figure in the sport, and her fans grow as her skills do.

The last several weeks have seen Jessica Buettner doing some serious work in training, with a goal in mind: to pull 500lb in her living room. Well finally that say came, and she was ready to go. As the post to her Instagram shows, she not only deadlifted 507lb, but she did it in a way that made it look super easy.

“GOT THE 507LB/230KG LIVING ROOM DEADLIFT!!
A deadlift party is the only eviction party I need

And the second set of 475lbs/215kgs I definitely didn’t almost pass out….it was RPE6 just like my shirt says … (somewhere out there @miketuchscherer feels a sudden urge to throw up and he doesnt know why)”

Jessica alludes to the fact that the second deadlift video was a little shaky. However she has explained before that if she does not keep her sugar levels at the right spot, she can feel affects like this. Therefore the occasional dizziness while lifting is to be expected.

Buettner has proven in the past that she is capable of doing multiple reps and sets of heavier weight than the 475lb she struggled with in the above video. For example, she celebrated Canada Day recently, with a solid two sets of a 495lb double. This time around, it was a much smoother pull.

It is good to see that the effort Jessica Buettner put in to reach this milestone have paid off. Although it is not the heaviest deadlift she has ever pulled, she did so in a smooth way that displayed how much better she is getting every time out.