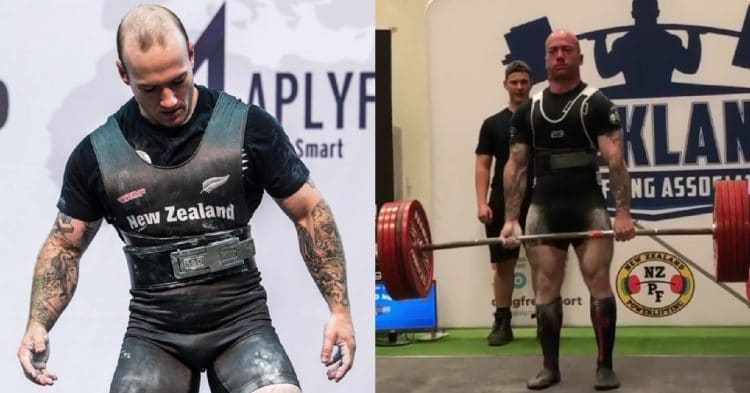 New Zealand may not have the highest population, or the most amount of powerlifters, but where they lack in size, they make up for it with pure skill and talent. Such was the case when Chris Kennedy put up some big numbers at a recent meet.

At 27 years of age, Kennedy has been putting together some solid performances throughout New Zealand. Competing primarily in the 74kg division, he has had a bit of a quiet start to his career, only getting two wins in his three year long career. However in that time, he has shown some glimpses of real talent, scoring second place at the 2019 New Zealand Powerlifting Association Nationals.

With that in mind, there is still a ton of room for growth in the game of Chris Kennedy. However he proved recently that he is doing the work to make these changes happen. They were extremely evident when he unofficially broke national records for his deadlift, squat, bench press, and total, all at one time, which he showed us on Instagram.

Although these records set by Kennedy are not official yet, it is clear that he struggled very little with each of them. Of course, considering the work he has been putting in, this makes sense. Here is his last deadlift before the competition, and it shows him whipping out two reps of a solid 280kg, proving that he had been training hard for this moment.

With this year’s Nationals coming up soon, it seems likely that Chris Kennedy will be able repeat these feats in a more official setting. He has turned a corner over the last several months, and has become a legitimate threat to elite powerlifters worldwide.