A Strong Performance From Yoshihiro Higa Sees Him Squatting 645lb At 162.5lb Bodyweight 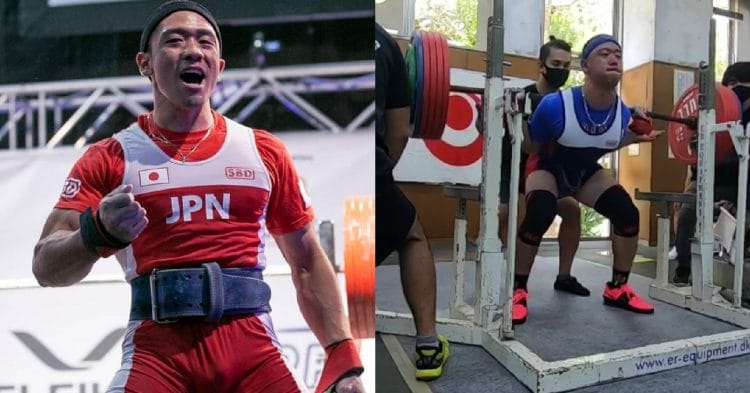 When he competed at a powerlifting meet over the weekend, Japan’s Yoshihiro Higa was likely prepared for moving some heavy weight. However it still took us by surprise when he hit some ridiculously high squat numbers, that left us with our jaws on the floor.

At 29 years of age, Higa has become one of Japan’s most interesting powerlifting prospects. Competing in the 74kg division, he has won every JPA meet he has competed in during his six year long career, even making an appearance at the IPF World Classic Championships in 2018, scoring 3rd place. Like many of the other young talents in the sport, he has shown himself to be quite impressive, and constantly getting better, already setting world records along the way.

This proof of this work was evident recently, when Yoshihiro Higa took to the Okinawa Prefecture Powerlifting Championships over the weekend. As he explained with a post to his Instagram, he did fairly well overall, landing a 160kg bench press, and 280kg deadlift. However what really stood out, and allowed him to total a strong 722.5kg, was his super impressive 292.5kg squat, which was just shy of being four times his bodyweight! (translated via Google, edited for clarity)

It was my best squats since April 2018, but everything else was tattered!

This time I was really amazed at my immaturity!
What have I been doing so far!?
How many times do you make the same mistakes again??
Is it so difficult to not beat yourself!?

I realized that again today!

I was able to bring back my regret,
In addition, if I can compete again in November I want to start over from scratch!!!

Judging by what he said in the post, it is clear that Higa is disappointed in his performance outside of the squat. Although his deadlift and bench may not have lived up to his expectations, the squat he was a 10kg competition PR, even if it did move a bit slow. It was something he had been working hard towards too, as you could tell by this monstrous 275kg squat he hit for four reps, just a few days earlier.

There can certainly be an argument made that this was not the best overall performance that Yoshihiro Higa has ever had. Nevertheless it was still a good showing, at least with the squat, that proves he has a lot to offer moving forward.