After Announcing That He Is Looking To Move To Strongman, Larry Wheels Pulls 937lb For New PR 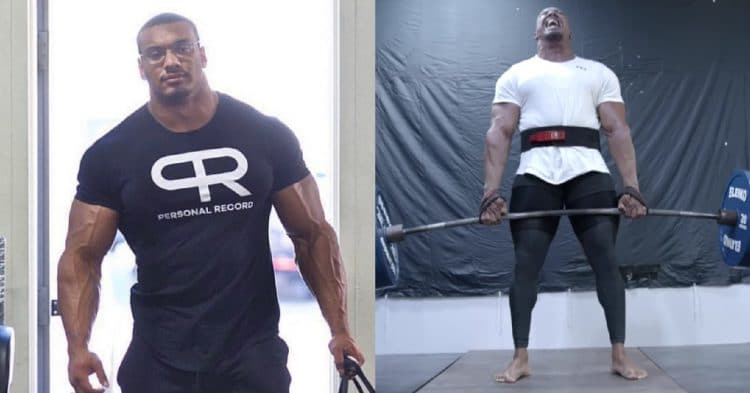 About a week ago, Larry Wheels revealed that he was looking to make the move to strongman. Ahead of this change, he has been putting up some serious numbers with his deadlift.

The last few weeks have seen Wheels looking like a beast, working his way to a 937lb deadlift goal. However it was recently that he revealed that he does not plan on competing in powerlifting or bodybuilding anytime soon. Instead he is focused on strongman, which is why he had been training with wraps and a deadlift suit.

That being said, in the preparation for this move to strongman, Larry Wheels was able to reach his goal. As he showed in a recent post to his YouTube, he was finally able to hit this 937lb deadlift that he had been searching for. That being said, it certainly did not come without struggle.

“There we go. I didn’t flip over the bar, so that’s a PR,” Wheels said after the lift.

This comment from Wheels was in reference to the last time he tried to pull 937lb. For this lift he failed, and wound up flipping head over heels. This failure is what prompted him to give this deadlift another try, and he worked hard to make sure it didn’t happen again.

As far as Larry Wheels making the move to strongman, very little has been revealed by him yet. However with this 937lb deadlift goal now in the rearview mirror, it seems likely that he will be able to focus his energy on this transition. It is unclear how good he will be as a strongman, but considering how physically gifted be is, and how he seems to naturally pick up on any sort of strength sport, he is sure to bring some excitement when that change officially happens.