Life and accomplishments of Julius Maddox 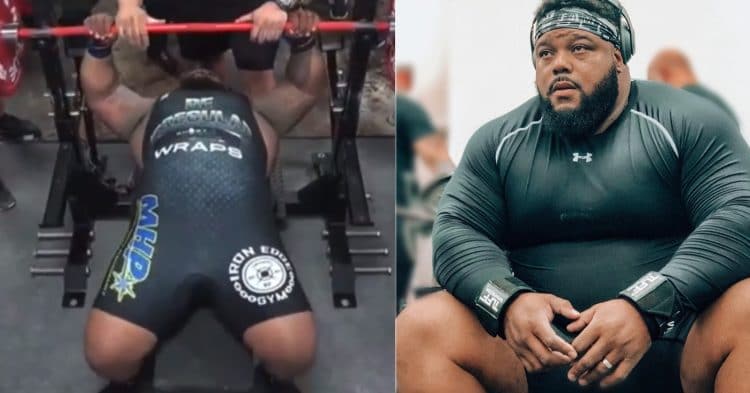 Julius Maddox was born and raised in Owensboro, Kentucky. Growing up, Maddox had athletic talents and was a star player for the Owensboro High School football team. His future in football was definitely bright, having been recruited by several programs. However, like many youths, he’d be influenced by his surroundings and was eventually hooked on drugs.

This led to him eventually spending four months in jail at age 25 for drug trafficking.

He told Owensboro Living that it was at this point that he realized he had really messed up after a visit from his wife and daughter. At one point in his cell, Maddox got on his knees and said “God if you are real, you will give me purpose and show me that you are real.”

He opted to do the local recovery program Friends of Sinners and after 16 weeks, people around him could see a big change. He even held down a job with Ben Pearl Painting for over a year which was unlike him previously.  This would prove to be the turning point for Maddox and he realized that this was who he was supposed to be… a great man and an amazing father.

“I became the person I always wanted to be. I wanted to be a great dad. Be someone that people can count on, a productive member of society.”

Maddox has mentioned suffering from depression at one point and so after work, he’d train in a basement which was like a dungeon to help relieve stress. One day he and a few others decided to throw on all of the weights to the bench in that basement and it ended up totaling to 505 lbs which he did three reps with. Maddox and those who witnessed his insane strength realized that he definitely had a gift when it came to lifting heavyweights.

So Maddox continually trained and kept progressing which led him to win his first competition with a 525lb/238kg bench press and amazingly, a year later he achieved a 625lb/283kg bench press which is not a very common thing.

Then in 2014, he decided that he work toward reaching his potential and decided to get help from strength coach Josh Bryant who saw huge potential in Maddox. That same year he also got a job at the Friends of Sinners as a program coordinator of which he was also able to help other men who had been struggling just as he was.

Maddox has become a huge inspiration not only to those looking to compete in powerlifting but to those also looking for someone to look up to in general.

“I want to do something that no man in the history of the world has done, and that’s an 800-pound bench press raw. I will be the first man on the Earth to ever bench press 800 pounds raw.”

Then on August 31, 2019, Maddox broke the all-time raw bench press record with 739.6lbs/335kg. Kirill Sarychev of Russia previously held the record of 738.5 lbs since 2015. Maddox accomplished this at the ‘Boss of Bosses VI’ competition.

He wasn’t done yet though… in November 2019, Maddox smashed that record with 744.1lbs/337kg. After that, he moved up to 255 and 265lbs in training, and then in March 2020, Maddox bench pressed 770lbs/349kg for the new official record which he achieved at the Arnold Sports Festival.

On June 20th, Julius Maddox attempted an 800lb bench press that was part of the ‘Beasts of The Bench’ event which was live-streamed around the world. However, there was a misload and an additional plate was accidentally placed on one side.

He obviously noticed something was wrong after having held the bar over his chest of which he then had to re-rack the weight of which he tweaked his pec and back.

So he gave it another attempt with the right amount of weight on the bar this time. But the weight would prove to be too much for Maddox.

He was very frustrated with the misload as anyone would be however, he understood people make mistakes, although there was definitely no excuse for such an avoidable mistake.

Maddox failed the attempt on June 20 and a few days later explained in a video (end of the video) on his channel that he’d be attempting the 800lb bench press again in roughly 12-16 weeks. So, he’ll have to opportunity to do it right and hopefully complete the lift.

Maddox uses different training methods and exercises that help him to improve his bench press strength. We’ve provided a few of his different workouts below…

During the health crisis, Maddox’s coach allowed him to deviate a little from his usual training regime. As a result, he completed a 400-rep session using 225 lbs and it was no easy task. The purpose was just to do lots of volume and he actually intended on modeling this session after the C.T Fletcher ‘400 reps in two hours’.

However, it would prove to be too much and just thinking about it, that’s quite the incredible feat especially with 225 lbs.

Back in mid-April, Maddox did a triceps workout (tricep annihilation) that he shared on his YouTube channel.

He did elevated shoulder-width push-ups using the Smith machine and the goal was to complete 100 reps in as few sets without a break as possible. If he failed on one set then he’d have to move the bar up a notch and he continued this until he reached 100 reps.

This actually made the movement easier although when you’re exhausted, it’s still very challenging.

Maddox completed 3 rounds of this and it definitely looks interesting.

Below we’ve provided the exercises for an accessory training session Maddox completed just a few weeks prior to his 363kg/800lb bench press attempt.

Of course, Maddox trains directly on the bench using bands and aiming for rep personal records too which you can see on his channel.

Maddox still lives in his home town of Owensboro, Kentucky, and is married to his wife Heaven, of which they have four children together. He’s also a devout Christian who is known for displaying his faith throughout his work.

He also owns the brand Irregular Strength of which he offers a variety of certain from strength training programs to speaking services, merchandise, and more.

Julius Maddox, like many, went through a lot of difficult times. However, he has been able to use these situations as his testimony and to inspire millions around the globe. Despite his missed 800lb bench press attempt, there’s no doubt in anyone’s mind that he’ll eventually be the first man to ever do something so incredible even if he doesn’t get it several weeks from now.

Although, he’s already in the history books for what he has achieved so far.