Australian Chris Yip is a growing concern for World Powerlifting competition in the 69kgs class when he breaks raw deadlift record at 305kgs/672.4lbs. 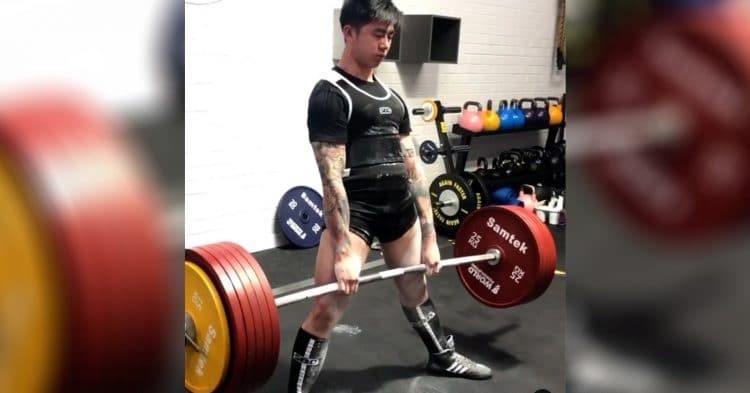 Chris Yip is on a mission to worry his opponents, and he did just that this week by breaking the heaviest World Powerlifting deadlift record for his weight class. The final tally was 305kgs./672.4lbs in his weight class of just 69kgs/147.7lbs.

This record was 15kgs/33lbs heavier than the previous record, set by Kristos Papanotis of Australia. That record was 290kgs/639.3lbs, and was made September 7, 2015.

The record was set on a stiff bar, and he’s posted his accomplishments to Instagram. Overall, the move appeared effortless to Yip but for a slight lock of the knees. He made sure to let his followers know that all masks were worn in between attempts.

His followers were happy, wishing him “Congratulations” and telling him to “never stop reposting this.”

The strain on his face is obvious, but the move looked near seamless. But it’s clear he was proud by the end of the lift.

Some strain is expected when one is lifting four and a half times their bodyweight, but Yip remained a true professional throughout the entire lift.

Although exciting to watch, many aren’t surprised that Chris Yip just keeps getting better and better. His previous performance at the Powerlifting Australia Avia Performance Winter Open was as impressive, and indicated a new world record for his weight class was on the way.

He placed there, with his total deadlift beating his runner-up Edgar Degay by 81.6 pounds.

Last year’s Australia Avia Performance Winter Open is the only competition that Chris Yip has performed in yet.

Adding this week’s record, he’s giving his competitors a lot to worry about.