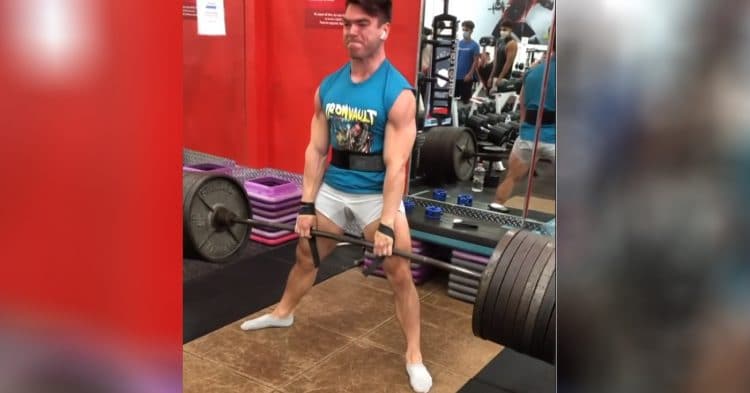 Taylor Atwood is 2X 74kg IPF World Champion and a 6X USAPL National Champ powerlifter. All this means he is a monster puller and more than worthy of having an entire article dedicated to his Instagram lifts. His last show was on the 18th( five days ago, as of this writing) where he totaled 1790.1lbs with a 705lbs deadlift. Now keep that in mind because we are going to see that he can lift way more than what he showed.

Five days after his show he is already back in the gym, not only hitting competition deadlift numbers, but beating them! Well, he is a champion powerlifter so no wonder he is a lifting machine. His lifts are even more impressive once you take into consideration that he is lifting nearly 5 times his bodyweight.

At his last meet five days ago, he really looked like he left a lot in the tank. This is also backed up by posting his 310kg/683lb deadlift with the caption “…2nd attempt. This should’ve been my opener, but oh well. Glad to know there is more left in the tank.”

So he is fully aware he didn’t go balls out on the meet and that he is capable of providing a lot more when. He is currently ranked second in his weight class on the Internation Powerlifting Federation(IPF) rankings, right behind Jesse Norris. Taylor is also the first 74kg powerlifter to total +800kg(812kg), all that at just 31 years old.

Despite already having a powerlifting history more than worthy of mention and praise, one could argue that his peak years are actually in front of him.