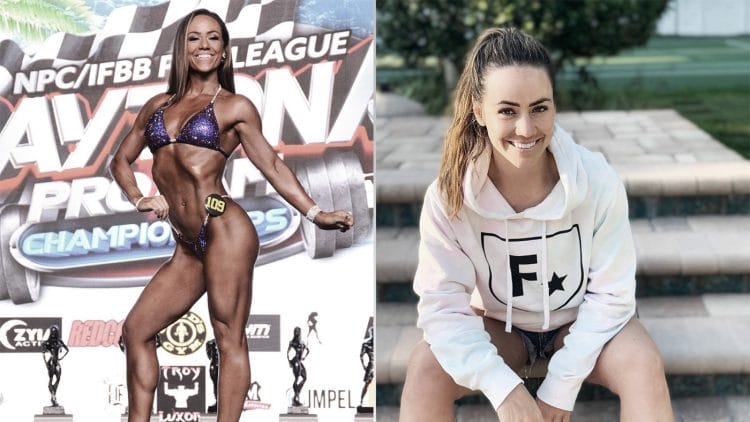 At the 2021 NPT Daytona Beach Classic on October 2nd, Leblanc-Bazinet made her professional bodybuilding debut in the Bikini division. The former CrossFit athlete finished second in Class A (Up to and including 5’1”) and earned a spot in the NPC National Championships that will take place on 17th and 18th December.

While most CrossFit athletes tend to have a shredded physique, Camille Leblanc-Bazinet is the first notable name to make a transition towards bodybuilding. She gave birth to her first child, a baby girl named Zoe less than a year ago, which makes her performance on October 2nd a more remarkable achievement.

The shift to bodybuilding has its challenges from a competitive standpoint. CrossFit competition is centered on measurable benchmarks while the grading criteria in bodybuilding are more subjective. Participants in the Bikini division are graded based on their visual appearance. Body-fat levels and muscle definition, as well as leg development, are the key aspects. Overall stage presence along with the elegance of the stage walk also factor in the judging criteria.

Courtesy of years of CrossFit training, Camille Leblanc-Bazinet made her walk with substantial muscle mass. CrossFit training and competition involve heavy overhead lifting and Leblanc-Bazinet’s round, capped deltoids could be a result of that. Most CrossFit workouts include full-body movement and aid in leg development. The 33-year-old could, therefore, make her bodybuilding debut look a lot easier.

Following her stage appearance at the NPT Bikini competition, Camille Leblanc-Bazinet shared her experience in an Instagram post. While showing her excitement to compete in the NPC National Championships in the caption, the 33-year-old stated that she is officially a bodybuilder.

She last competed in the CrossFit Games 2019 as a part of the CrossFit Krypton team that finished second that year. The 2014 world’s fittest woman’s personal best in Clean and Jerk stands at 249lbs (113kg) while she holds the personal record in snatch and deadlift at 190lbs (86kg) and 300lbs (140kg), respectively.

CrossFit and bodybuilding are completely different in terms of training requirements and competitive aspects. However, Camille Leblanc-Bazinet’s remarkable bodybuilding debut is testimony to the fact that she might be headed to another legendary career.

In Class A, Julie Ann Bacon earned the top spot above Camille Leblanc-Bazinet. Marissa Rullo, who competed in Class C (Over 5ft-2in tall and including 5ft-3in), became the top competitor across all classes.

Here are the competition results for Class A (Camille Leblanc-Bazinet’s class) via NPC News Online: