Big Ramy is being recognized by his hometown of Kafr El Sheikh following his win at the 2021 Mr. Olympia 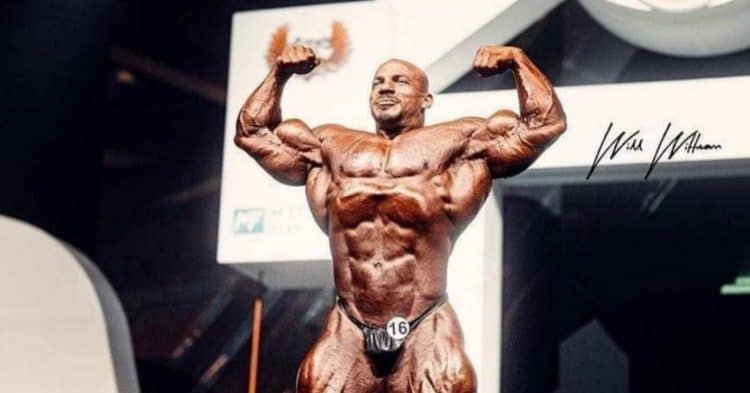 Bodybuilding is huge in Egypt, where reigning Mr. Olympia champ Big Ramy comes from. As a result, his hometown of Kafr El Sheikh has decided to honor his accomplishments in a huge way.

Ramy has long been a top tier bodybuilder with a lot of potential, but in recent years he has taken things to a new level. First there was the incredible package he brought with him to the 2020 Olympia, where he first won the title, but then most recently he was able to defend that throne at the 2021 Olympia, over the weekend.

Following this competition result, the Egyptian bodybuilder is being treated with some huge respect by the people of his hometown of Kafr El Sheikh. According to a post to the CairoScene Instagram page, he is getting a square in the town named after him, to honor his accomplishments and being a good role model.

“BIG RAMY TO HAVE SQUARE NAMED IN HIS HONOUR IN HOMETOWN OF KAFR EL SHEIKH” the post reads.

“After winning the coveted Mr Olympia title For the second year in a row, Mamdouh ‘Big Ramy’ Elssbiay is set to receive the highest of honours, with the Governor of his hometown, Kafr El Sheikh, announcing that the city’s largest square will be named after him.

Big Ramy has been highlighted as an example for Egypt’s youth, his persistence and determination leading him to global fame in bodybuilding. Born in Kafr El Sheikh in 1984, he started his professional career in 2010, before going on to win a number of international bodybuilding competitions before reaching the zenith of his career, being crowned Mr. Olympia – first in 2020, then again this year.”

This is obviously a massive honor for Big Ramy, who has long been a representative of Egypt. On top of that, this adds to one of the most exciting runs in the sport’s history, with his incredible physique that was brought to bare on the stage.

A big part of that came with the help of Dennis James, who worked with him prior to the 2020 Olympia, and again this year. He recently shared a post of the champ two and a half weeks out from the contest, as Dennis pushed him through posing practice to help prepare.

There is a lot for Big Ramy to be happy about after these last few weeks. This is surely something he is proud of.