The Superman from Compton, one of the most interesting personas in the entire fitness industry C.T. Fletcher.  Despite being a multiple time bench press world champion, a powerlifting champion and a bodybuilding champion, C.T. is known for his larger than life persona and his intensity when it comes to training.

I mean, just look at this….he’s literally yelling at his own biceps. If that isn’t intense, I don’t know what is. However, the superhuman Superman from Compton has paid a hefty price for the years of training and eating. To achieve the powerlifting goals he had to eat like a mad man, which of course he did. McDonald’s was his poison of choice during his prime years in the 90’s.

That accompanied with an inherited heart disease spelled disaster for the loudest man in the fitness community. In 2001 he was informed that his hypertension was potentially deadly and that his eating and lifting habits ain’t helping his case. His luck turned to worse in 2005 when he experienced a cardiac arrest and had to have immediate open heart surgery. He flatlines 3 times and miraculously survives to tell the tale and spit profanity into the camera for years to come.

Everything was looking more or less fine in the years to come. His videos turned him into a viral sensation in the fitness world and his “IT’S STILL YA MOTHERFUCKIN’ SET!” or “ISYMS” mantra went from being a catchy phrase to short yet extremely effective fitness motivation which turned into an actual clothing line. 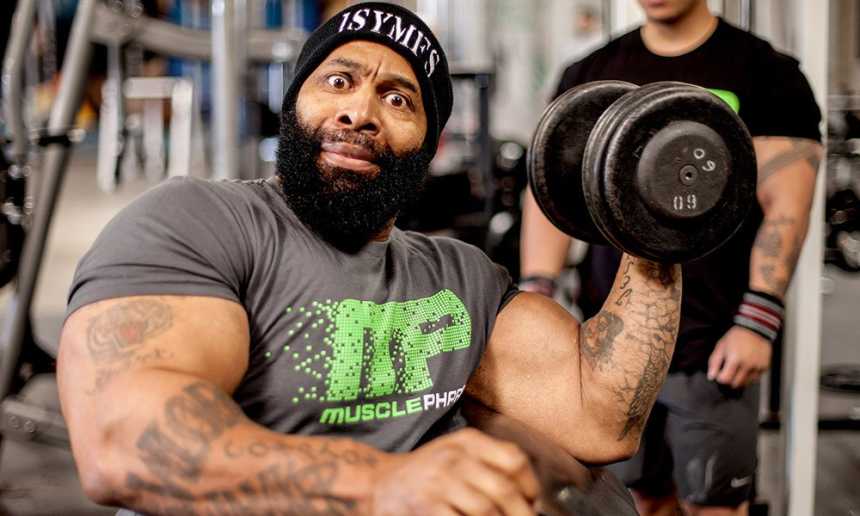 Fletcher’s size and strength returned and his fame grew like wildfire. His went to podcasts did motivational speaking, opened his own gym and trained with just about everybody. However, his luck came crashing down in 2017 when he had another heart attack. Another setback, another close and this time…his was gonna need a new heart.

However, Superman from Compton doesn’t go down without a fight. He fought tooth and nail to survive and get back up to his feet. In January of 2018, CT’s heart actually stopped working, but the pacemakers and defibrillators implanted onto his heart shocked it back to life. Then finally in May, he gets some good news. Doctors found a suitable donor for CT’s new heart.

Which brings us to just about a few days ago when C.T. Fletcher announced that his is still living, breathing and kicking ass on a major scale exactly a year after his heart transplant.

Now that he has finally closed this chapter of his life, what’s next for Superman from Compton? Whatever the hell he wants is the only correct answer. If multiple heart attacks couldn’t stop this man, nothing will. He is the epitome of “mind over matter”. He is the real-life equivalent of those cheesy saying “believe in your self, believe in your goals”. C.T. did just that, he knew he was destined for greatness and that nothing will stop him.