CT Fletcher opens up about suffering heart failure, resulting in a transplant, and how this changed his life 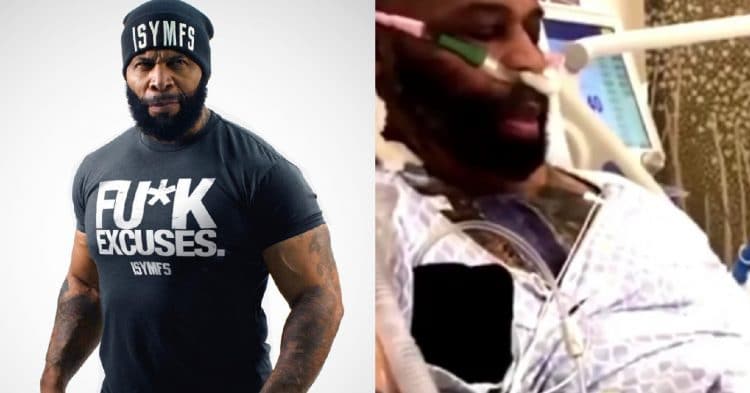 As a powerlifter and YouTube personality, CT Fletcher has gotten a reputation for being a motivation for anyone watching. This only increased after he opened up about his recent health scare that almost took his life.

Fletcher had earned himself heaps of respect among the fitness community, and it is easy to see why. Surprisingly it is not just because of his massive frame and ability to move around some heavy weight.

No, instead the world record holding powerlifter has a million and a half YouTube subscribers because of his unique, if not somewhat brash personality. His upfront nature and honest approach has endeared him to fans, and his intense motivational speeches has hyped up a wide array of gym lovers over the years.

However there was almost a time that we lost CT Fletcher, after he had suffered a near life threatening experience. This moment ended up changing his life forever.

He opened up about this when speaking in a recent interview, opening up about the heart failure that resulted in him needing a transplant. This gave him a new perspective on life, which translated in everything he does.

“Well it’s like anything. You’re walking around and thinking you’re indestructible and life comes along and proves to you how wrong you are. When old people used to say that tomorrow’s not promised to you, they’re absolutely right,” Fletcher said.

“So I’m going along, doing pretty well. I didn’t get on YouTube until I was 53 years old, but I was still in pretty good shape, still in there working out with the young fellas, still doing my part. Then all of a sudden life comes along, slaps the s—t out of you, knocks you down, and all of that Superman from Compton stuff was over with in the blink of an eye. I had a massive heart attack and all of that was gone, and eventually had a heart transplant.

“The heart attack was the end result of what I had been feeling for quite some time,” Fletcher added. “At 53 years old I kept telling myself I’m going to take a rest because my body was telling me ‘Old man you can’t keep this up.’

“I’m working out with Kali Muscle and all these professional wrestlers and I don’t want to show them I’ve lost anything, I’ve lost a step… I may be old but I’m still the Superman from Compton, and I felt my heart, I felt like it was too much.”

CT Fletcher went on to explain that he had open heart surgery several years prior to the heart attack, and flatlined three times. Then he had the heart transplant, and that left him with a new perspective, making changes in his life.

“There’s been a big ass change. My whole outlook on everything, life in general, the things I thought was so important when I was a youngster… I thought that if I wasn’t lifting weights that was it. If I ain’t a weightlifter I ain’t s—t. That’s it for me. I’d rather be f—king dead if I can’t lift weights.

“I’ll tell you what, you think that way until you’re that close to actually being dead. Then you find out how precious every second in life is, and you also realize what’s important in life,” Fletcher said.

It is great to see CT Fletcher being so open and honest about feeling vulnerable during this time. It just continues to show how much of a motivation he is, in more ways than one.