Check out the sheer will-power of C.T. Fletcher just a month before his heart transplant 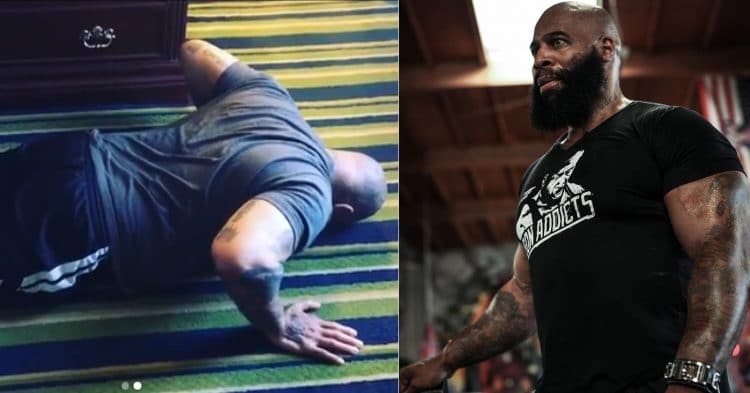 C.T. Fletcher is undoubtedly one of the baddest dudes on the planet. He has literally been through hell but yet, is still here despite being extremely close to death. He has defied what most people would believe is impossible and has earned the nickname Superman.

In 2001, he was disabled at 42 years old due to serious health problems with his heart and he eventually had open-heart surgery. This was inherited from his mother who died in 2004 of congestive heart failure. Her mother and all nine siblings died of heart problems too.

Fletcher had a heart attack in 2017 and would need a new heart of which he was blessed to have been given on May 6, 2018. And at age 61, he has an amazing story to tell and has been a real inspiration for millions around the world even before then.

He still continues to train and even went on a plant-based diet to start off 2020. It’s safe to say the Compton Superman looks at life a little differently and is now more determined to live a long and healthy life.

Fletcher recently shared an Instagram post where willed himself “up” as he wrote just a month before he had his transplant. He wanted to show his wife that he was “still her Superman”.

This is what he wrote…

“PRIVATE MOMENT- I WANTED TO SHARE: THIS IS A MONTH BEFORE MY TRANSPLANT, I WAS GONNA SHOW MS BEA, THAT EVEN THOUGH I WAS WEAK AS A LAMB, I WAS STILL HER SUPERMAN, AND I COULD WILL MYSELF “UP”
ITS OK YOU CAN LAUGH, AS YOU CAN SEE, I DID. #dontbreak “premier June 19th on @spartan YouTube channel”

C.T. Fletcher is an icon in the fitness community and someone to always watch. His motivational and inspirational content has changed the lives of many, not to mention, his desire to push beyond any perceived limitations.