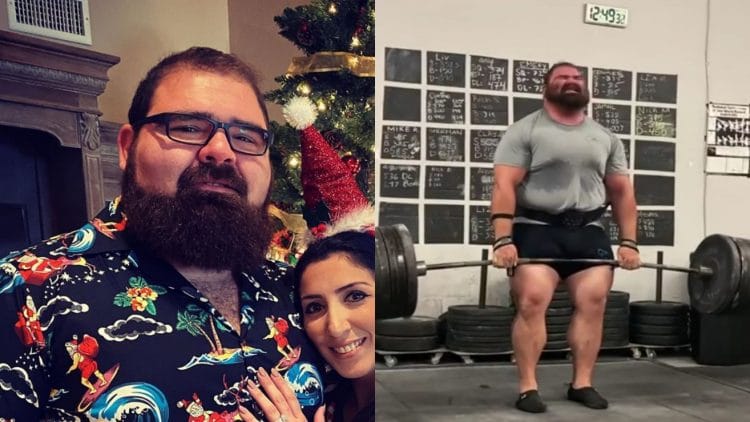 Daniel Bell is a world record holding powerlifter who is used to hitting amazing lifts. However he took things up a notch with a recent set of deadlifts in the gym, setting a new personal record along the way.

There are few things that you can say about Bell as a powerlifter, that are not complimentary. He is a beast of a man, who has won nearly every meet he has competed in over the course of his six year career. Furthermore, he took things to the next level to close out 2019, hitting an insane world record total lift of 2518.7lb!

Bell is looking to continue this forward momentum in the new year, with some more impressive lifts. In fact, it would appear that he is primed to do just that, as he is already hitting new personal records in the gym. A recent video to his Instagram shows Daniel crushing a ridiculous deadlift set of 817lb (370kg) for 4 reps. It is a truly ridiculous feat of strength.

Take a look at this insane set:

What is so unbelievable about this lift, is the fact that Bell makes it seem like nothing. Despite the fact that this was heavier than he had done for this lift, he looked consistent throughout each rep. Even by the end, he looked to be able to go another rep or two at least. This was some serious weight to be throwing it around, and he did it like it was an effort.

This is certainly a positive sign for the way 2020 will look for Daniel Bell. He is looking to compete at the 2020 Kern US Open, which takes place on April 25th. Therefore he still has plenty of time to prepare for this contest. Nevertheless, he looks ready to make a statement in his first meet of the year.

Thor Bjornsson And Martins Licis Have EPIC Training Session Together

380lbs Eddie Hall Does A Backflip !