That's a whole lot of weight! 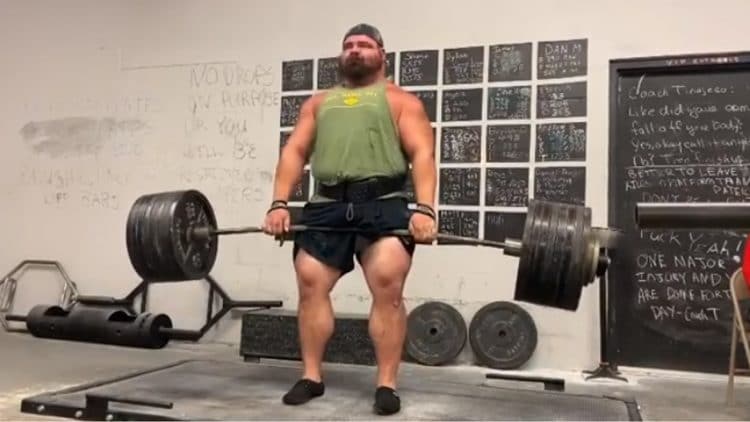 So, he has already established himself as one of the best in the world in the sport of powerlifting. But we’d all have to agree that his most recent feat is also pretty impressive, taking 360kg/ 795lbs for a ride with no wraps or anything which is simply beastly, and he posted on Instagram for everyone to see.

That’s 30 pounds more than what he did on New Year’s eve when he pulled 765 x 3. But both times it appeared as if he could have even squeezed out an extra rep and even when he made history last year, it seemed he had a little more in the tank in the squat and deadlift.

And here are his performances from when he set the all-time raw (+wraps) world record.

Daniel Bell is quite the specimen and we look forward to whatever he brings in the form of moving massive weight next.