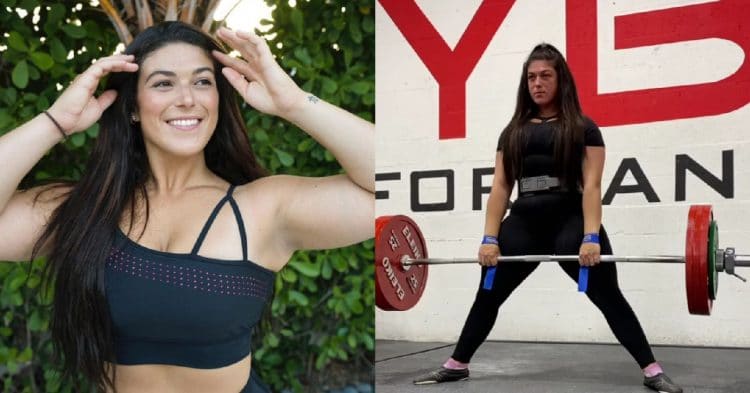 At just 21 years of age, Daniella Melo is proving to be a formidable force in the 84kg division. Recently she was seen in the gym, scoring some impressive totals to reaffirm that.

In her four years competing as a powerlifter, Melo has accomplished some unbelievable things. She holds victories at several RAW Nationals, as well as the 2017 World Classic Powerlifting Championships. Then, at the 2019 World Classics, she narrowly missed out on first place again, coming in second, during a hard fought battle with Amanda Lawrence.

Although it has been about a year since the last time Daniella Melo has competed, she has not slowed down on her progression as an athlete. This was evident in a big way recently, with a post to her Instagram. She shared a series of impressive lifts from a recent training session, perhaps most of all being the third, which features a strong 429lb (195kg) deadlift triple.

This was some overall solid work from Melo. Then squat triple moved smoothly for all the reps, and that bench single was no different. However her three reps on the 429lb pull was unbelievable, especially when considering is three times her bodyweight for reps.

Now of course, this is not the heaviest deadlift set we have seen from Daniella, like she said. To date, her best single in competition is about 542lb. With that said, she is still not opposed to tossing around the causal 529lb triple from time to time.

It is good to see Daniella Melo getting back to training at a regular pace. Things have been difficult many athletes, in terms of doing normal workouts. However with her back to a traditional training environment, hopefully we will see her back in action sooner rather than later.

The Ultimate Guide to Rack Pulls