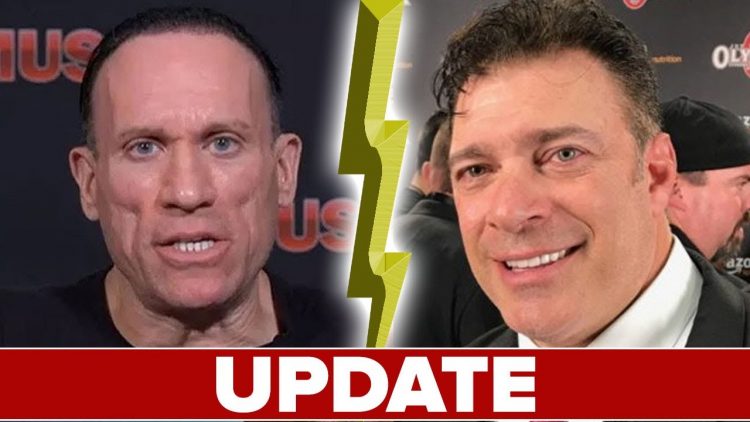 To say that Dave Palumbo and Bob Cicherillo do not see eye to eye, would be an understatement. Now a recent situation has resulted in the two having a bit of a back and forth.

Palumbo is a hugely popular figure in the world of bodybuilding. He has been an ambassador in many respects, constantly working to get the best information from the athletes he speaks to. As a result, he has garnered quite the following of loyal fans over the years.

In fact, as he tells in a recent video, Palumbo was even asked by his fans to do a podcast with Joe Rogan. The Joe Rogan Experience is one of the most well-known podcasts in the world. Therefore, Palumbo’s fans sent requests to Rogan, and his producer, to get the two together.

It seems that these requests worked, as the producer of the show reached out to Dave Palumbo. However, apparently it was not just fans who reached out about Dave. According to the video, Dave was asked if he knew Bob Cicherillo. But that was because the producer of the show received some emails from Cicherillo, explaining that Palumbo was a bad person, and should not be on the show.

These were the emails sent by Bob Cicherillo:

These were some bold accusations made by Cicherillo, saying that Palumbo is a racist. However, Dave wholeheartedly denied all of these claims, further saying that he had no intention to appear as an ambassador for bodybuilding.

As a result, the question remains – why would Cicherillo go out of his way to do this?

Well according to Palumbo, this all stems from a girl. As he tells it, the two began to beef after Dave started seeing a girl that Bob was interested in.

“In 2012, at the Junior Nationals, there was a girl competing there, who Bob was hitting on. Now at the time, Bob was married as well, so that just goes to show you Bob’s character. But Bob was hitting on this girl, and she didn’t want anything to do with it. But for some reason, she thought that I was interesting. She liked me, I don’t know why. Who the hell knows why anyone likes anyone, right? I was single at the time. I wound up hanging out with her for a few weeks, and that was the end of that. That obviously irked Bob, and I know this to be the case, because the girl told me what Bob said. The girl told me that Bob was hitting on her, and propositioning her.

In addition to that, Palumbo says Bob did the same thing to his future wife, as well. Subsequently, it seems that this is what had started this beef between the two. You can watch the whole video below, where Dave Palumbo tears into Bob Cicherillo.