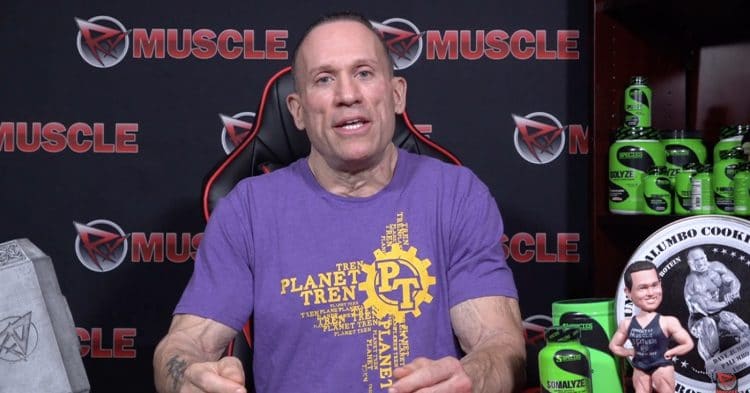 Love him or hate him, there is no denying that Dave Palumbo has been a massive part of bodybuilding for the last several years. He recently got some difficult news, the likes of which is going to have a big impact on his health.

After years competing in the sport of bodybuilding, Palumbo transitioned to a role within the media side of the sport. Initially he was tasked with writing for Muscular Development, before being promoted to editor.

Nowadays, he is the CEO and founder of RxMuscle, which has developed into one of the leading sources of news within bodybuilding. He is regularly seen speaking with the top athletes in the sport about their various experiences.

However now it seems like Dave Palumbo is need of support for himself. Speaking in a recent video on YouTube, he revealed that he has been diagnosed with papillary thyroid cancer.

As he explains it, he had been dealing with some concerning symptoms for a while, and got a biopsy taken of his thyroid. Then, in a cruel twist of irony, was given the unfortunate results of that test on his birthday.

“I called (the doctor) up, and he said ‘It came back as papillary cancer,'” Palumbo explained.

“If you’re going to get a thyroid cancer, that’s the one you want. It’s very treatable. Obviously, I have a very small nodule.

“They were actually very surprised at the lab that it was the size that it was. It was only 10 millimeters… usually they don’t catch them.”

“I caught it very early. It seems to be located to one lobe. My lymph nodes don’t seem to be involved… So that’s good news,” Palumbo added.

From there, Dave explained that he is being referred to a specialist who will be looking to remove the one lobe that seems to be affected. Provided everything goes well, this should be all that is needed to take care of the issue.

Palumbo goes on to say that he is going to be continuing with his own self medication, which he will be documenting. In a perfect world, he says that by the time he goes to see the specialist, the nodule will have disappeared.

“You hear the word cancer and you think death. It’s not a death diagnosis. What it is, is you’ve got something in your body and you’ve got to address it,” he said.

The good news is that, as far as cancer goes, this is not the most serious of situations. Dave Palumbo does not seem overly concerned, and seems confident that he will get past this.

Fitness Volt would like to wish Dave a speedy recovery during this process.